Amid all the Madness 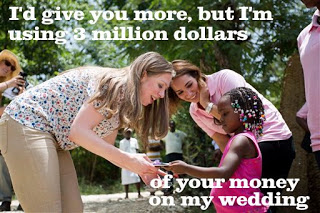 Yes, things are nuts politically.
We now know that the Clinton Foundation used charitable funds to pay for Chelsea’s $3 million wedding that the Obamas were not invited to. I have speculated that the First Family were likely to steal the silverware – and Wikileaks suggests that might have been the case. Michelle has been known to walk off with silver forks and spoons jingling in her purse.
Is that an appropriate use of charitable funds? It is if charity begins at home. The IRS regs will be set aside if Hillary is elected. That’s true of most laws these days — but only if you write a large enough check – or deliver the cash in a large trash bag. The Clintons aren’t picky. 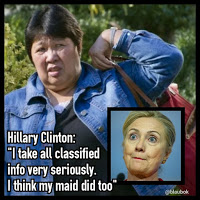 FBI Director Comey sold out (again) and one can only hope that he got more money from this sell out than he did for the last one. I swear, the FBI doesn’t stay bought for very long.
->  Breaking news (tomorrow on this blog) regarding a rumor of Comey’s replacement should Clinton win the election on Tuesday.
The Clinton maid story has been more like dog bites man than the other way around. It’s not getting a lot of traction with anyone outside of bloggers or the NY Post. The question better put is who DIDN’T have access to the classified information at the Clinton residence. The Chinese and the Russians clearly had access to the server (likely so did the Israelis who like to keep tabs on things).

This one goes out to Murphy’s Law down in New Orleans. 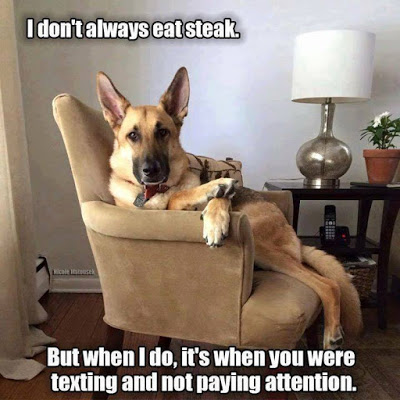