The map says a great deal. For example, why are all Arizona congressional districts held by Republicans and there are two democrat senators?

A suicide drone can also be called a “cruise missile”.  Hitler called them vengeance weapons during WW2.  Ukraine’s air force said it destroyed 45 Iranian-made kamikaze drones used in the barrage, including 32 after midnight. Russia also reportedly fired 20 missiles at targets in various areas of the country, with the Ukrainian military saying most were shot down.

The attacks came after Russian President Vladimir Putin indicated in his televised New Year’s address that the Kremlin would continue its unprovoked war, which was initially cast as a short-term military operation but is now approaching its 11th month. Speaking from Russia’s Southern Military District flanked by soldiers, Putin claimed that “moral, historical rightness” was on Russia’s side.

The big New Year’s attack was actually a weak and pathetic gesture. Is that the best that Russia can deliver? A handful of Iranian-built Insha Allah weapons that you just launch and land wherever? Week Vlad. Very weak.

The Kalashnikov Group manufactures 95 percent of rifles made in Russia and is using the combat in Ukraine to evaluate its new Chukavin Sniper Rifle. (caption photo)

Since August small quantities of this rifle have been used in Ukraine by Russian special operations troops to determine their performance in combat and compile a list of problems or opportunities for improvements. The new rifle is intended to be used by squad sharpshooters. The Chukavin can be equipped with receivers and barrels that use the Russian standard 7.62x54mm sniper round. The “7.62mm” is the caliber (diameter) of the bullet while the “54mm” is the length of the round. This is the same round used in the current SVD sniper rifle used by Russian snipers. The Chukavin was designed to provide Russian snipers with a rifle that enables first-round (cold bore) hits nearly all the time.

For export markets, the Chukavin can be made available in export models that use the Western 7.62x51mm (.308 Winchester) cartridges or the more powerful and popular .338 Lapua Magnum (7.62x69mm). The 7.62x54mm version is compatible with magazines of the Dragunov sniper rifle (SVD) that the Chukavin will replace.

* Why has the Italian Army gone into the drug business – and is apparently proud of it? Sorry, I’m just too old to appreciate this sort of thing. H/T Claudio. 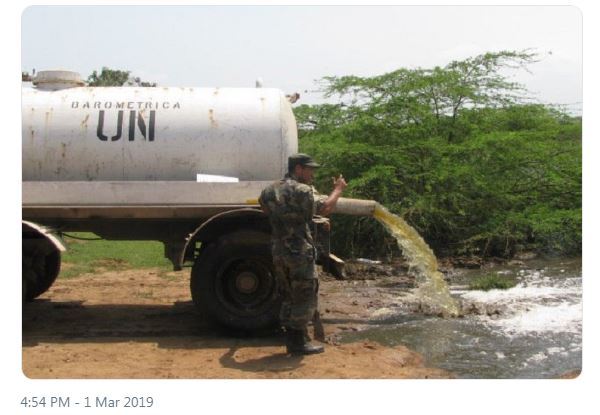 I can’t think of any redeeming characteristics that Haiti might have. It’s not a racial thing in and of itself. It started out early as a black-run country and still is. The Clintons ripped the Haitians off, but that’s what the Clintons did to everyone who joined their “global initiative” so Haiti can join the club.

In the fall of 2010, months after a devastating earthquake struck Haiti, a new disaster began: a cholera outbreak that killed thousands of people and continues to sicken people across the country.

Experts determined that the source of the disease was a U.N. peacekeeping camp. And now, nearly six years later, the United Nations has admitted it played some role in the deadly outbreak.

Inviting the UN into your country is a lot like inviting that corrupt moron Tedros Adhanom Ghebreyesus from the WHO to manage your plague. Or involving Brandon’s tranny health admiral in ANYTHING at all. You do realize that the Brandon regime gave the disgraced tranny, Samuel Otis Brinton, a Q Clearance, right?

* I’d like to see Hunter Biden’s tax returns. And then to compare everything with the 10% that the Big Guy received and didn’t pay income tax on. If we’re talking about politicians’ tax returns, let’s look at all of them.

* Black Host (Jordan Peele) to replace Rod Serling on the Twilight Zone reboot…of course. I guess that I won’t be watching those Twilight Zone marathons anymore.

* If you want to be a lab rat, Pfizer is now enrolling participants at least 65 years old for an mRNA flu vaccine study.  Be the science…

* The Pacific Battlespace. – This comes from Claudio. – Progress is being made on the deployment of a new long-range over-the-horizon radar system for the U.S. Air Force that will be stationed on the Pacific island of Palau. The news comes as the Pentagon’s push to drastically beef up both its offensive and defensive capabilities in the Western Pacific gains steam.

Called the Tactical Mobile Over-the-Horizon Radar, or TACMOR, the sensor station will be installed on the increasingly strategic island of Palau to enhance air and maritime domain situational awareness for U.S. and allied forces in the region. The Department of Defense announced on Dec. 28 that it had awarded a $118.4 million contract to Gilbane Federal for the construction of reinforced concrete pads and foundations in support of the installation of TACMOR equipment on the island. The contracting activity for what’s being called the TACMOR infrastructure project is the Naval Facilities Engineering Systems Command Pacific, and work is expected to be completed by June 2026.

Claudio points out that the People’s Liberation Army’s Navy could possibly build the same military infrastructure in the Soloman Islands, now owned by the People’s Republic of China. Possibly. There is a 50/50 chance that I’ll go to the Solomans for work sometime this spring.  I’ll know in 60 days or so. Maybe I’ll bring my own ODA along with me? I know, take pictures. At the first of December, last month, I was getting ready to buy tickets to fly to Cambodia and meet with people on January 8-12. Today,  I have an office in Phnom Penh. Things are moving just that fast. No need for me to fly. We can zoom. Things are moving at light speed.

USGOV snagged a money launderer in Panama and are flying him to Oklahoma this coming week. It will be a day trip to interview him. But it’s all business, all good.

* Danny R. Smith, a retired LA Sheriff’s homicide detective has written a series of novels centered around two detectives. While I usually don’t like these types books,  Smith does a good job and I recommend his series. Danny retired and fled LA, moving to a ranch in Idaho.  He was going to meet me in Prescott (AZ) for lunch recently but we weren’t able to connect because my schedule changed. Danny’s a solid guy all the same and walked the walk.  His writing reflects it. 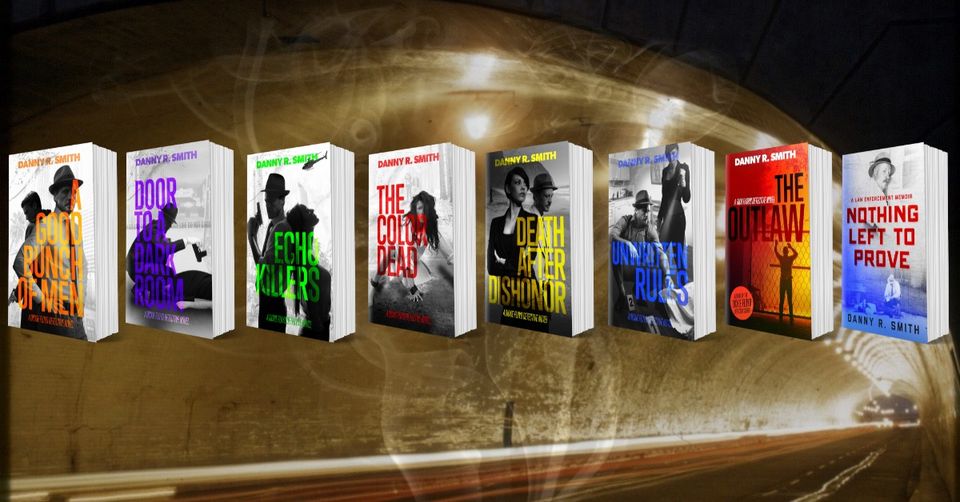