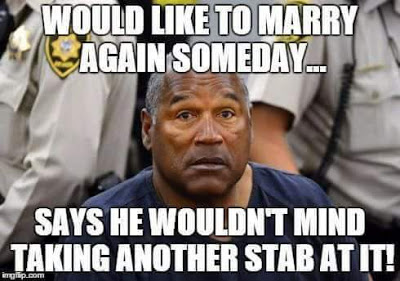 Facebook
Twitter
Pinterest
WhatsApp
He’s Back
This is a subtle and sensitive look at the important issues in the news. You may have other favorites and while that’s nice, this is my blog…so it begins with ‘the Juice’, so loved by the inner city that they gave him a walk. Yes, it was a jury of his peers. 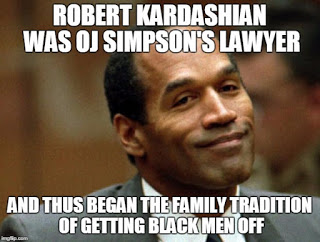 If it had been a jury of my peers, it would have turned out differently for the rich and famous celebrity murderer who may end up marrying one of the Kardashian daughters. It would make me watch their show in hopes of seeing nature take its course. No, just kidding, I wouldn’t waste my time.

When you take a moment to reflect, OJ is responsible for the rise of the Kardashians. Is he also responsible for tranny daddy? I don’t know about that but I’m sure that he learned some neat tricks in prison. 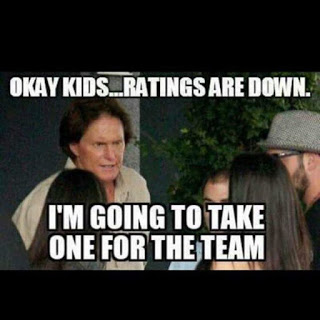 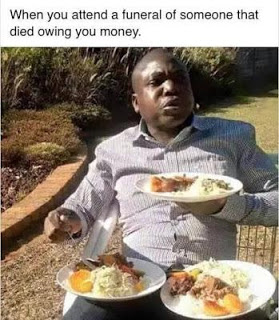 Why does funeral food always taste as if they’d picked it up at the homeless kitchen down the street?
I attended a funeral last week (briefly – showed my face during the snack portion and then left) to make sure that a person who I didn’t like when alive was genuinely dead.
Because I missed the viewing some aunt or old mistress showed me a photo of the deceased laying in his box and asked me, “Didn’t they make him look lifelike?”
I told the old bat that he never looked that good when he was alive. He had all of the virtues that I found annoying and none of the vices that I admire.
Should I spray Round-Up on the grass over his coffin? I’m just thinking about it at this point. Remember that this is the kinder and gentler LL now.

Maybe piss would be more appropriate – if less effective – unless it’s a LOT of piss. Or perhaps a blend of urine and Round-Up, finding the best of both worlds and combining them in a spray bottle. When people remark on how the grass won’t grow over his grave, I’m sure that I’ll have some pithy comment about it – along the order of the Devil snatching his toxic soul and leaving the waste container behind. 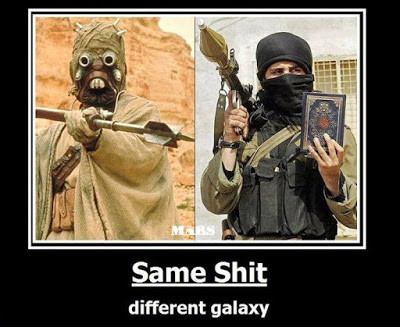 I don’t know why it’s like that, but it is.
Sand People are completely predictable, and they’re moving into the neighborhood (in numbers). Everyone who has had to deal with the rug drivers has similar stories to tell. Mine is not the only Sand People drama.
Hillary wanted to import a lot more of them. Trump put the brakes on in a move to Make America Great Again. God bless President Trump. 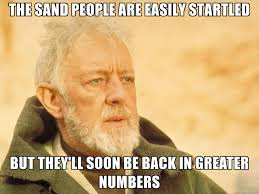 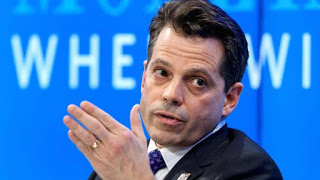 I keep wanting to ask Anthony Scaramucci if he can do the fandango.  I’ll bet he gets that a lot.