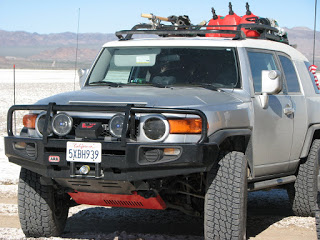 …Cruising through Death Valley in my old, but not old 2007 Toyota FJ Cruiser (highly modified), minding my own business in the Panamint Mountain Range, enjoying a beautiful spring weekend when the roar sounded like a thousand lions, the ground shook like an earthquake and… 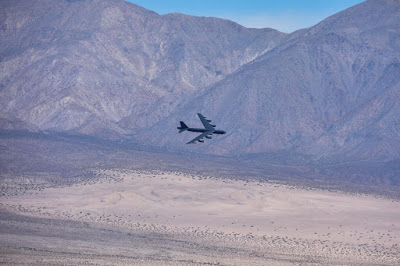 Two BUFF’s arrive, flying low, feeling mean… (if you know the Jody call you can complete it, if not, it doesn’t matter. Napalm sticks to kids and all that.) When I say that they were flying low, they were BELOW me, and I wasn’t airborne. 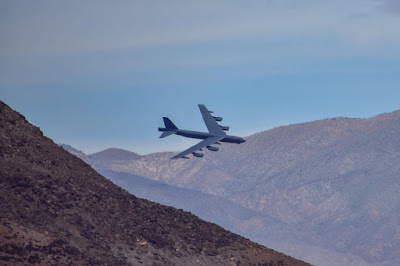 Were they on their way to Nellis AFB (Las Vegas) after making a survival kit contents check? There was no way to ask them. I could only hope that their flight had nothing to do with Wing Attack Plan R…and precious bodily fluids. 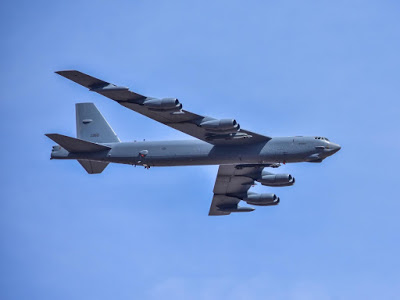 They are trained to fly LOW.
When I was a kid, this scene from Dr. Strangelove made me want to become a USAF general (equivalent rank to a Navy Ensign).
All kidding aside, watching B-52’s flying two grand above the deck, loud and proud sounded a lot like freedom.