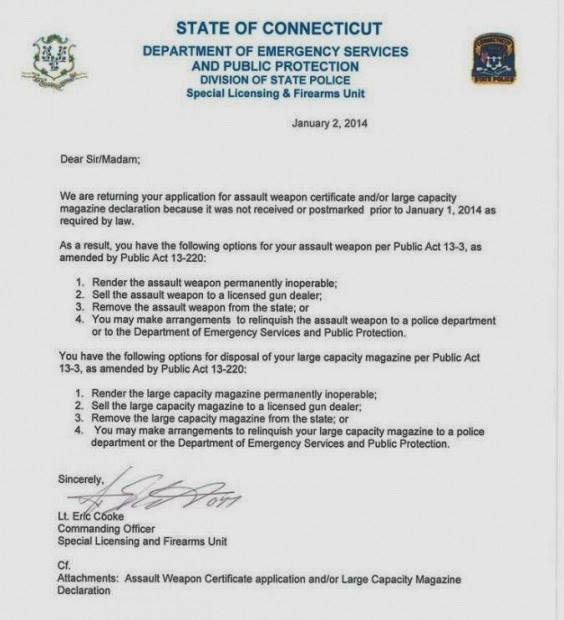 Facebook
Twitter
Pinterest
WhatsApp
I have a MOLON LABE t-shirt that I wear from time to time. It’s quite amazing how many people come up to me and say, “right on” or pat me on the back. Strangers strike up conversations revolving around the need to keep the Bill of Rights that so many progressives are working to destroy.

Connecticut banned “scary looking” firearms and so far, it appears that the vast majority of gun owners affected by the legislation did not register their guns prior to the December 31 deadline, making between 50,000 and 350,000 gun owners felons. This is frightening, considering the law doesn’t just make the violation a misdemeanor, it makes it a felony, which could result in a prison sentence. Fewer than 50,000 gun owners registered their firearms by the deadline to comply with the law.

Failing to register makes sense because if you did register them, you should expect a visit from the local SWAT Team, who will want to confiscate them. Now, that hasn’t happened yet – and if things keep going the way that they are, it won’t happen because the Connecticut State Government doesn’t seem to have very many people who are willing to go out and take firearms from the honest and faithful in the community.

Yes, the Connecticut State Legislature passed an ex post facto law, forbidden by the US Constitution, but when has that sort of conduct been questioned in the ObamaNation? President Obama openly flaunted the law and Congress and promised to rule by executive fiat. The problem with all that is that people are ignoring the Connecticut State Legislature.

This week, the majority of Connecticut State Troopers have signed a petition expressing their refusal to enforce the new law. 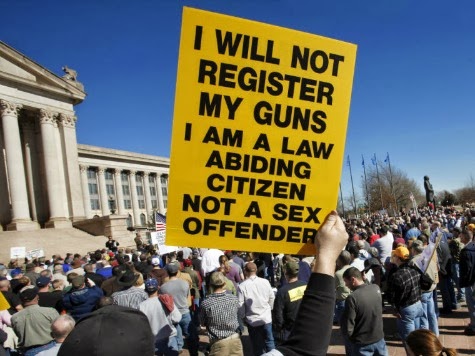 Connecticut Carry, a leading gun rights organization in the state, is daring the government to come after gun owners. The stage is being set for massive civil disobedience unless the law is changed. Many prosecutors and law enforcement officers are not going to uphold a law this heavy-handed; nevertheless, this ill-conceived legislation, pushed through by gun-control activists, is going to pit many law-abiding law enforcement officers against thousands of patriotic, American freedom-loving gun owners. It is terrifying that here in America, innocent gun owners would be put in the same category as sex offenders, turning them into felons. Connecticut governor Dannel Malloy (D), who signed SB 1160, seems to have become another King Xerxes. This time around, will the Spartans in Connecticut prevail? Molon Labe