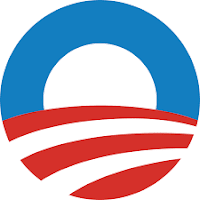 Facebook
Twitter
Pinterest
WhatsApp
A New Progressive Political Party?
It’s arguable, and can be demonstrated because of the Democrat super delegates, that the 2016 nomination was stolen from Bernie Sanders (and his bro’s). Now in 2020, there is a concerted effort underway in the Democrat party to deny him the nomination again. The Party prefers corrupt, old, Slow Joe Biden because he’s not a communist. However there are a lot of communists who find themselves in the ranks of the Democrat Party.

It may be that the progressive wing of the Democrat Party forms their own National Socialist Worker’s Party for the likes of Bernie and Liz (who have had a falling out not unlike Adolph Hitler and  Ernst Röhm, who didn’t survive the push and shove with Adolph). Having a new brand might make the Party more appealing to those who find the corrupt, old, senile Biden a bit difficult to take.
Rather than budget for a new logo, they could simply use the one adopted by Obama, for arm bands, a flag and such. Maybe they’d want to put a hammer and sickle in the middle of the O? I can’t really suggest anything that is nearly as ‘woke’ as that.
MEXIT
Will Harry and Meagan go into the illegal narcotics business? There are a couple of advantages for the talentless couple, who lack any skill set that an employer may want. (1) They have diplomatic immunity and can’t be prosecuted; (2) They have an insatiable need for money and large scale drug smuggling will scratch that itch; (3) It doesn’t require much talent; (4) They could come up with their own branding for fentanyl that would make it seem more fashionable; (5) The couple could turn to Meagan’s Hollywood friends for an immediate market; (6) Canada has pledged $850K for their security. I don’t know what Cartel leaders need to pay, but Canada is definitely underwriting their overhead.