Missing Witness from the Benghazi Massacre 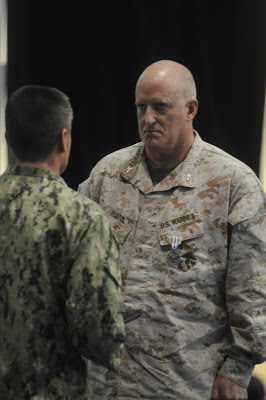 Facebook
Twitter
Pinterest
WhatsApp
Congress is looking for Colonel George H. Bristol, USMC (ret) but the Pentagon doesn’t know where he is. (Yes, they clearly know where the checks are sent but they’re not telling Congress). Colonel Bristol is not a wraith. He lives in the Maryland area and is a 37 year US Marine Corps veteran.
Col. George Bristol was in a key position in the U.S. Africa Command (AFRICOM) chain of command the night of the Sept. 11, 2012, attack on the U.S. consulate in Benghazi, Libya.
Pentagon spokesman Major Robert Firman told CBS News that the Department of Defense “cannot compel retired members to testify before Congress.” Congressman Jason Chaffetz said, “They say he’s retired and they can’t reach out to him. That’s hogwash.”
Bristol, a martial arts master, was commander of Joint Special Operations Task Force-Trans Sahara based in Stuttgart, Germany until he retired in March 2013. In an article in Stars and Stripes, Bristol is quoted at his retirement ceremony as telling his troops that “an evil” has descended on Africa, referring to Islamic militant groups. “It is on us to stomp it out.”
Congress asked for Colonel Bristol, a plain spoken, hard hitting man with a very long history of managing special operations and difficult projects. He’s a man’s man and a Marine’s Marine, and is unlikely to lie before Congress. That’s why when Congress wanted Colonel Bristol to testify, they sent Rear Admiral Brian Losey and General Carter Ham (Colonel Bristol’s superior officers). Now that Colonel Bristol has retired, he’s even less likely to shade the truth and the truth is something that the Obama Administration works diligently to distance himself from. h/t Sharyl Attkisson, CBS News (her story here)
Bristol’s Bastards, a book about Colonel Bristol and his work in Iraq is available from Amazon.com.

“We will end up talking to [Bristol] at some point,” said Chaffetz. “He had a very important role and we want to talk to him about it…All this raises concern when there’s so much resistance to letting us speak with him.”

Another officer in the chain of command who was interviewed by the House Armed Services Committee in last month’s closed session was Lt. Col. Michael Gibson. Gibson led a team that was on the ground in Tripoli during the attacks. A U.S. diplomat testified the team was stopped from flying to Benghazi to help the Americans who were under attack. That account differed from the Obama administration’s original version of events. 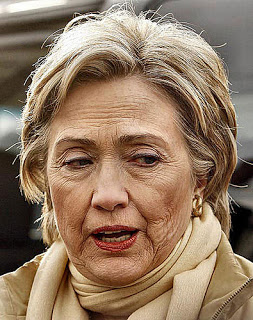 What nobody at State seems to acknowledge is SPECIFICALLY WHY Ambassador Stevens was in Benghazi, who he met with and why he met with them — with only local (unreliable, worthless) security people present. Nobody is talking about Hillary Clinton and MANPADS that US State supplied to the Libyan rebels (an al Qaeda cell). I’d like to know more about that. Secretary Clinton knows that if the genie pops out of that bottle, her run for the presidency is finished. THERE IS A REASON for the massive cover-up and it has to do with Clinton. Once you get there, you have the real story.
The Democrats run the Department of Defense and you know that they will rally to protect Secretary Clinton at all costs. However, one can not help but opine why Colonel Bristol doesn’t come forward of his own volition and tell what he knows about the Benghazi massacre.