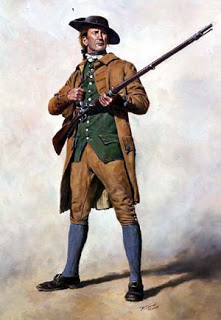 Facebook
Twitter
Pinterest
WhatsApp
Darwin never said the strongest of the species survives. He said the “most adaptable” to change survives. And the fastest to adapt not only survive, they thrive. That was certainly true in the age of British America when the staid and established British lost the New World.
Note how the so-called “deep state” that actually runs America does the same thing by refusing to adapt to change. “How can a non-political real estate mogul become President? Why that’s un-American,” poor old Jeb! laments to his friends in the club from an alcoholic haze. Hillary (Jeb! without a dick) blames white women who are browbeaten by their husbands for her loss. How could anyone not recognize her political superiority over an outsider – somebody who doesn’t belong to the club? Let’s get Mueller in there to discredit the President and try to get him ousted.
Deep state manifestations peak out of the ooze and some of them (mostly in the FBI these days) are netted out and examined like some species of Neanderthal discovered living in a cave. The only problem is that the deep state was bruised (not killed) by the Trump election and they yearn for the good old days of Bubba and George W.

The socialists on the left took a drubbing and plan to double down on their loss rather than looking out across the nation. Those in the know within the deep state are bothered by the fact that “the deplorables” who elected President Trump are armed to the teeth and if counted as a militia army (which they are not but hang with me for a minute) due to numbers, arms and ammunition, outnumber the standing military by at least 50 to 1. (Active US Military in 2017 was 1,281,900)

Deep state efforts to disarm those deplorable Constitutionalists who cling to God and guns during the years of ObamaNation were anemic. Barack is often held to be the best firearms salesman that the world has ever known. Is it any wonder that the progressive left funding mechanisms were ready to pounce on a tragedy to try and do something about the deplorables and their firearms?

The NRA has not been able to handle all of the membership applications that they received from the latest anti-firearms craze. The deep state folks should recognize cause and effect by now, but they don’t.
Many who read this blog are disorganized minutemen – simply by default and training. It’s not a militia, but it could be. This keeps members of the deep state up at night.

The current thoughts of many in California to break away and form a new state (read more here) reflects the discontent with the progressive movement which draws its strength from inner city people and coastal liberals. Enough of this discontent has to do with California’s increasingly restrictive policies toward private ownership of firearms. Maybe this move would stop a CALEXIT? Maybe it will hasten it? Likely it’s only noise, but California legislators have a tin ear when it comes to Constitutionalists. History shows that hasn’t worked well in American history.