US Roadmap for Afghanistan (Opinion) 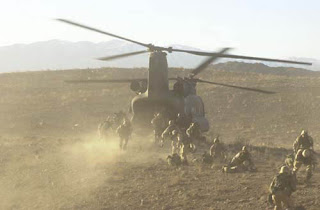 Nobody has ever accused me of being a peacenik, however, the question of where we should be heading in Afghanistan remains. Is America’s continued involvement there is a good idea or not.

Thomas Friedman, New York Times wrote: “When President Barack Obama announced his decision to surge more troops into Afghanistan in 2009, I argued that it could succeed if three things happened: Pakistan became a different country, President Hamid Karzai of Afghanistan became a different man and we succeeded at doing exactly what we claim not to be doing, nation-building in Afghanistan. None of that has happened, which is why I still believe our options in Afghanistan are: lose early, lose late, lose big or lose small. I vote for early and small.”

I am pessimistic that the US will be able to achieve any long term nation building in Afghanistan (a bronze age tribal culture armed with modern small arms).
Whether the surge is working or not may soothe our egos in the short term, but in the long term, unless we are going to continue to pour soldiers and money into that tribal morass for all eternity, it will eventually revert to its natural state which is feudal and chaotic and not worth one American life nor a penny of American taxpayer funds.
Killing Al Qaida was a noble, necessary, and achievable aim; anything beyond that is only wishful, unrealistic, and very expensive thinking.

“My wariness about Afghanistan comes from asking these three questions: When does the Middle East make you happy? How did the Cold War end? What would Ronald Reagan do? Let’s look at all three.

“When did the Middle East make us happiest in the past few decades? That’s easy: (1) when Anwar Sadat made his breakthrough visit to Jerusalem; (2) when the Sunni uprising in Iraq against the pro-al-Qaida forces turned the tide there; (3) when the Taliban regime in Afghanistan was routed in 2001 by Afghan rebels, backed only by U.S. air power and a few hundred U.S. Special Forces; (4) when Israelis and Palestinians drafted a secret peace accord in Oslo; (5) when the Green Revolution happened in Iran; (6) when the Cedar Revolution erupted in Lebanon; (7) when the democracy uprisings in Tunisia, Libya, Yemen, Syria and Egypt emerged; (8) when Israel unilaterally withdrew from South Lebanon and Gaza.

“And what do they all have in common? America had nothing to do with almost all of them. They were self-propelled by the people themselves; we did not see them coming; and most of them didn’t cost us a dime.”

We need to let the Afghans sort out their own problems with or without Pakistani involvement – it’s up to them.
P. S.
Until the US has a comprehensive, sane energy policy, the Middle East will matter more to us than it should. So we have to keep a hand in the mix — but the sooner that we take a step back and make the hard choices for a long term independence from Middle Eastern oil, the better off we’ll be.