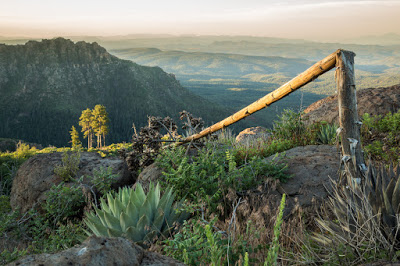 LindaG – thank you for your support
WSF – All you need to do is go there and hang out. eventually, it becomes clear. When that happens, you’ve been in Asia too long. Seriously.
Jim – The Triad story is one that they hope that the chowder heads in the Western Media will believe. It’s not for local consumption. Oh, yes, the locals do chat about it but it’s sort of like Beto O’Rorque telling people that he will be the next president. An amusing tale from an idiot.
Old NFO – I’m not sure whether they were PRC public security bureau or people’s liberation army, but it sent a message. And none of that is being carried by the government controlled press. They stick with the Triad (sort of like Russian Collusion) hoax.
Kle – Depending on which Triad gang we’re talking about (which are different than tongs), they’re ethnic gangs, usually speaking their own Chinese dialect (other than Mandarin or Cantonese). The Sun Yee On Triad controls Kowloon, the docks, and the entertainment industry. Jacky Chan is part of that group. They hail from Swantow and are the Techieu Chinese. But they aren’t political in the respect of alienating their clients.
LSP – Yes, the Mueller testimony revealed that Mueller knew little if anything about his investigations. Your overlords put it all into the hands of ardent Clinton supporters, minions of the Deep State and even THEY couldn’t find collusion and a conspiracy. Mueller’s feeble nature speaks volumes.
Ed – I created “LL2” but have the same problem commenting because it was automatically indexed to the machine that I was using.

Living on the Rim of the World

Last night the power went out and the generator automatically kicked on. It’s the first time since I came to the White Wolf Mine that the system was tried in the crucible. There are so many subtle differences to living 50+ miles from the nearest town, from the nearest store, from the nearest hospital. I’d forgotten all of that. And now I recall it. And it’s a good thing. 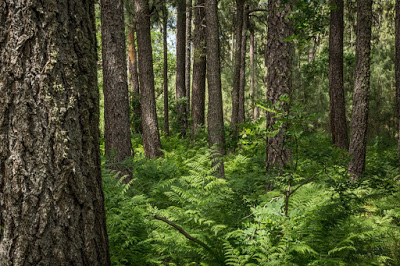 Photo, left, of the Mogollon Rim, looking toward Payson, AZ. Zane Grey wrote of life on the Rim, life below the Rim, etc. Whatever you may think of that famous Western writer, he was inspired by these views.

Photo, right, of the trees and ferns on the Rim. The forest is particularly lush this year because of the unprecedented moisture that we’ve received this year by way of snow, and now monsoon.

Mormon Lake, located off County Road 3 (Mary’s Lake Road) is a depression formed in an ancient caldera. It sits on a fault line and about a decade ago it was full of water. An earthquake, a shift of the fault, and the lake became a massive marsh, with much of the water draining into the earth through the rocks. Elk visit Mormon lake. They can see for a long way off and it’s a safe place for cow elk to take their young, which play in the water. 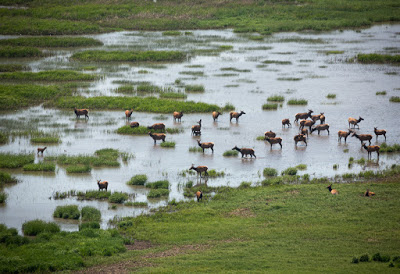