(PJ Media) The polls and early voting numbers have been looking really good for Republicans in Georgia. Gov. Brian Kemp has an easy path to re-election, and the GOP has momentum in other races — including a surprisingly good chance in a congressional district that hasn’t elected a Republican since 1875.

One of the key races that the nation is watching is the Senate race between incumbent Sen. Raphael Warnock (D-Ga.) and football legend Herschel Walker. Early on in the campaign, Walker earned the label of a “bad candidate,” and his campaign made some missteps early on. He shook up his campaign and started to gain ground.

As the election nears, Walker has gained momentum, despite Warnock’s continued attacks on his opponent. A surprisingly strong debate performance and the enthusiasm on his bus tour have bolstered his chances as well.

Polls continue to look great for Walker, and the RealClearPolitics average currently has Walker up 1.4 points, which is a tight race, for sure.

But Walker may be receiving some help from an unlikely source: losing Democrat gubernatorial candidate Stacey Abrams.

Abrams is performing so poorly against Gov. Brian Kemp that she may also be serving as a drag on the Warnock campaign. At least that’s according to a theory from News Nation’s Zaid Jilani.

Then there are all the elements of the Paul Pelosi Break-In timeline that don’t quite add – Matt Margolis.

How did the illegal alien, felon and homeless drug addict David know the Pelosi mansion and how did he arrive there?

Who was the “third party” that the police mentioned who let them into the house? Was it David’s pimp/driver?

Was there forced entry and did the alarm go off?

No video? What about the body cam of SFPD?

Did Paul go out Friday? If so, where? And when did he return?

All of the Pelosi mansions and properties have 24/7 armed guards including Federal Police inside and local police outside. Were they given the night off?
What was David doing prior to breaking in?

Why SF General? There are 4 hospitals that are closer.

Why did he refer to David as a friend when Paul P. called the police?  The taped conversation is in the public realm.

Paul Pelosi’s personal lifestyle stopped being his business the minute his political pals started accusing conservatives of attacking him. The accusation that Nancy Pelosi — the woman most in the know — hasn’t made.

I don’t care what the 82-year-old Paul Pelosi’s prurient pursuits might be. They’d seem to be on par with the rest of DC and the people who visited the late Epstein’s Island. Based on what little we’ve been allowed to know, what might have happened is something too sad to even be salacious: A family with a terrible secret that resulted in a violent attack and a near-tragic end.

The End of the Great Wall of China 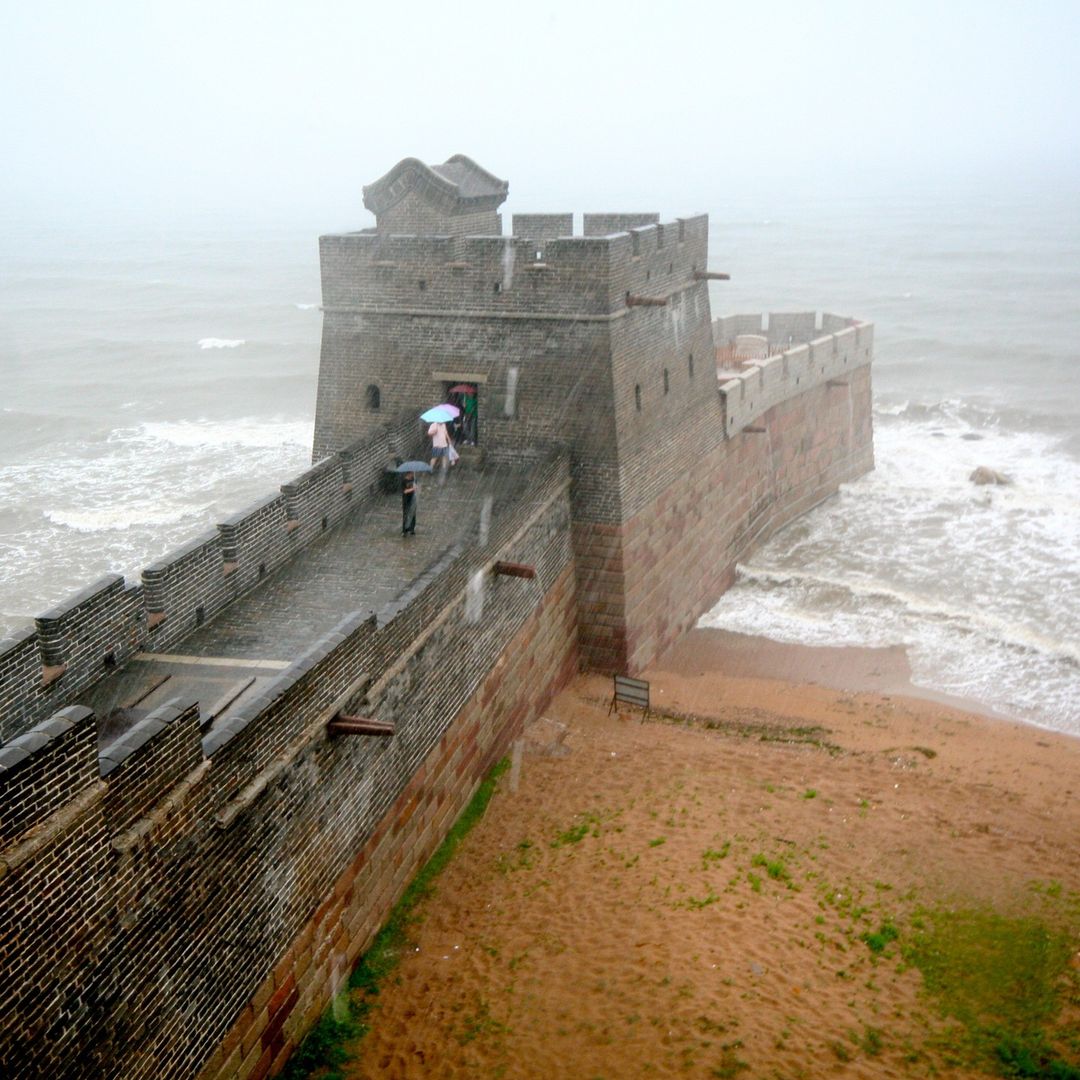 Yes, I know that there are 7 or 8 great walls that were constructed in China. This one ends in the ocean. It’s a little like the series ending of Lost.  All that you ever needed to do was to swim around it.

The ride-sharing giant Uber is continuing to have a rough time turning a profit, with the company’s third-quarter earnings revealing a net loss of $1.2 billion for the last three months despite revenues that continue to grow.

Hmm… it would seem in its base form, this service industry company is responsible for running a computer application that connects drivers who are currently classified as independent contractors, with passengers for pay. Working capital investment is minimal given the business model is premised on using independent contractors and their private vehicles. By observation,  one might logically conclude the firm’s losses are NOT based on declining consumer market demand, but rather, inept corporate leadership.

Based on Uber’s current losses, it’s not a reach to foresee the firm may not survive the potential implementation of new IRS rules under consideration which will likely force the company to reclassify its contract drivers as employees.  Under proposed changes, IRS rules will revert back to an older standard in place prior to 2021, whereby,  independent contractors must be largely autonomous in their business model; eg, a business cannot be solely dependent on independent contractors to fulfill all its production output as its core business model;  and contract employees, must be free to solicit contract work from other firms, and their business model should not be solely reliant on contract work from one business. In addition, independent contractors must have control over setting prices for their services, their hours of business operation, and the ability to control personal profit/loss. Clearly, the current Uber business model appears to fail under that proposed IRS rules test.