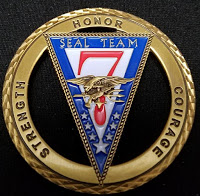 (San Diego Union/Tribune) Special Operations commander in Iraq, Air Force Maj. Gen. Eric Hill said he has lost confidence in the team’s ability to accomplish its mission to defeat ISIS. It should be ‘platoon’, not ‘team’, but never the less, the Air Force is not amused.

A San Diego-based Navy SEAL platoon deployed to Iraq is being sent home early due to a “deterioration of good order and discipline,” according to a U.S. Special Operations Command statement Wednesday.

The platoon is part of SEAL Team 7, the same team that gained notoriety after one of its members, Chief Eddie Gallagher, was acquitted of war crimes charges earlier this month.

The misconduct, which was not described, occurred in the team during “non-operational periods,” the statement says, and “the commander lost confidence in the team’s ability to accomplish the mission.”

The platoon was deployed to Iraq in support of Operation Inherent Resolve against the Islamic State.

What the article didn’t state, and what the newsie who wrote it may not have known is that platoon members are broken up after every tour, and those members are reconstituted in other platoons that are training for another mission. So they’re spread out every year (or so) and new people come in on rotation. 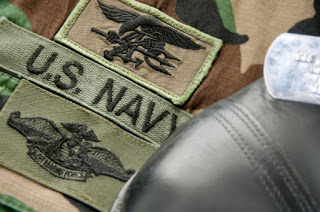 I’m not surprised at this. The platoon watched Chief Eddie Gallagher charged with the crime of getting photographed next to a dead jihadi. He’s not the first person who did this nor will he be the last.
There have been a number of SEALs drug through the politically correct ringer for doing precisely what they have been trained to do and for doing what the American public expects them to do. They kill people for a living. I realize that it requires a different sort of person to do these things, sometimes a twisted personality arises, but even in that, it’s what most of America expects. America demands the equivalent of ninjas, Mongol warriors and Vikings of the SEALs. And I suspect that ST7-A ptn just decided to go on strike and do the minimum.

There was no Team Seven when I was in the rackets. Naval Special Warfare has nearly double the operators that it had when I left the reserve component of Naval Special Warfare Group One. Even the demands of a reservist were too much for a young family. I made a decision. But things even then started to slip, and the schism between the mission and the politically correct approach that some took made is a challenge. That situation only got worse.