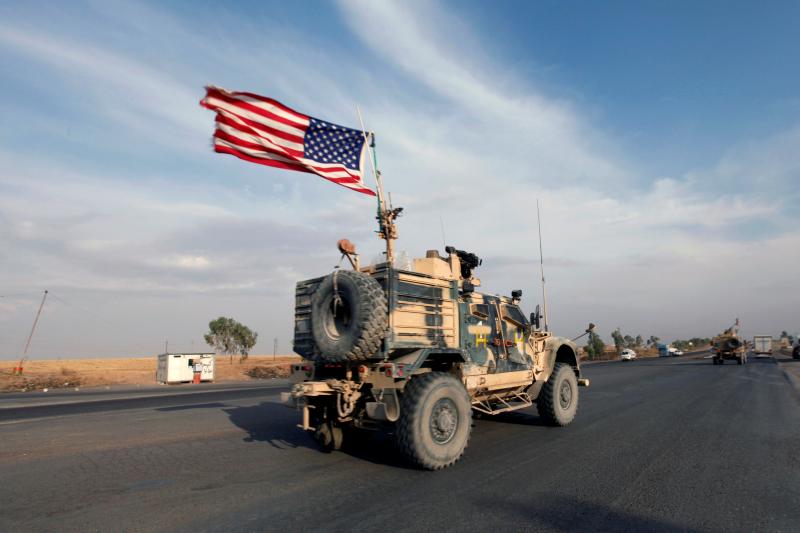 * Democratic Arizona Governor Katie Hobbs, whose election is still under question and litigation, is now under fire after it was revealed that Hobbs sold tickets to her inaugural events for as much as $250,000, reportedly using a “dark money” operation.

As The Gateway Pundit reported, Hobbs was sworn into power on Monday, January 2, at a private ceremony closed to the public and media. In a bizarre moment of incompetence and unseriousness, Hobbs burst into laughter after she was told to solemnly swear that she will support the Constitution. 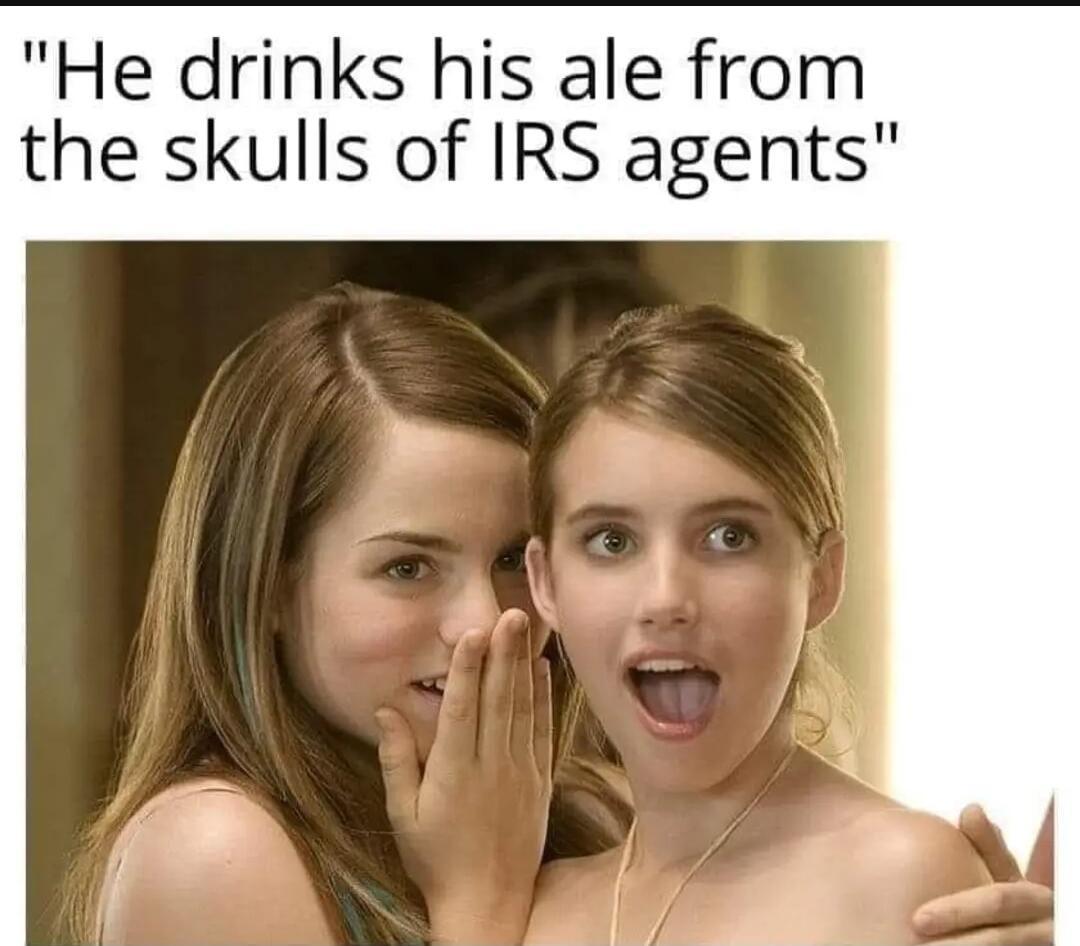 * The House of Representatives on Monday evening voted 221-210 to repeal funding for 87,000 IRS agents. The so-called ‘Inflation Reduction Act’ gave $79.6 billion to the IRS over the next 10 years.

* The White House refuses to comment or provide clarity on President Joe Biden’s remark to a Salvation Army official in El Paso this past weekend — that he spent time with the Secret Service in Poland and Ukraine.

* One could advance any number of compelling arguments against the Brandon regime’s reported desire to institute a nationwide ban on gas stoves. One could note that such prohibitions are clearly not within the federal government’s constitutional powers. One could question the president’s priorities in a time of inflation and consumer alarm. One could observe that the study that has led the administration to consider outlawing gas stoves is ridiculously — and deliberately — flawed.

One could even ask how such a measure — which would make many forms of ethnic cooking more difficult — could be squared with all that fashionable talk of systemic implicit racial bias. And yet to offer any of these objections would ultimately be counterproductive, insofar as it would signal an acceptance of the premise underlying the policy, which is that this is the sort of matter that a free people should expect their federal government to superintend.

Hunting in the Shadows

The upcoming memoir by Mike Watson

Counterinsurgency is, by its very nature, messy and slow.  It takes time, lots of time, effort, lots of effort, and money, lots of money.  Even more so, when you perform it in another country, and within another culture, so different from your own.  The solutions to an insurgency are political, not military, and they have to be implemented by the host government itself, not the external counterinsurgents.  Notwithstanding the external counterinsurgent’s good intentions, they are, unfortunately, seen by many in the host country as “invaders”, a fact which can be made much of in insurgent propaganda.

The fact is that the vast majority of politicians, of whatever ilk, and “Big Army”, do not understand the nuances of either insurgency or counterinsurgency or, if they do understand them, in many cases, they choose to deliberately ignore them.  As has been evidenced, most recently in the wars in Afghanistan and Iraq, both politicians and “Big Army” will, frequently, actively work to sabotage, undermine, and discredit both counterinsurgency itself, the counterinsurgency effort, and the counterinsurgency practitioners themselves.  This, unfortunately, only makes it all the harder for the serious practitioner, and those from the host nation who he or she is working with and alongside.  It is probably no coincidence, and I do not believe in coincidences anyway, that the same political party was in government in the United States, during both the final debacles in the Republic of Vietnam (April 1975) and Afghanistan (August 2021).

The events described here took place in Borneo, during the Indonesian Confrontation in the latter half of 1964, and in the Republic of Vietnam during that country’s fight for its very existence during the years 1965 to 1968.  Malaysia, with the assistance of its allies, prevailed in the Confrontation.  Unfortunately the Republic of Vietnam, after being abandoned by its allies, succumbed to a full-scale Communist armored and infantry invasion in April 1975.

The Vietnam War failed because of gutlessness, inept politicians, acting either through ignorance or deliberation, the Communist mindset, and the weak-minded ineptitude of “Big Army”. Big Army, not understanding the war they were fighting or, if they did understand it, they deliberately ignored best practices, in favor of fighting the European style war they were trained to fight, wanted to fight, and persisted in fighting, despite all the indicators to the contrary,

Are there any records extant regarding the war fought by our Unit in the Republic of Vietnam?  It’s highly unlikely.  All written records would have remained in South Vietnam, following the withdrawal of Felix and the American members in 1973, as the Unit continued to operate, albeit staffed solely by South Vietnamese.  These records would, almost certainly, have been destroyed in 1975 following the North Vietnamese invasion.  I recall that all the filing cabinets and safes, in our Intelligence Section, had thermite grenades attached for this purpose, and was told that a similar arrangement was in place in our archives.  In the unlikely event that the records were seized, by the North Vietnamese Army, they would, in all likelihood, have been sitting molding and forgotten, in the heat and humidity of some Communist repository, for the past forty-seven years.

In the fifty-plus years since these events occurred, I have never divulged what I did, who I was with, or what I had to do.  I have never told anyone what happened to me, not my wife, my several long-term girlfriends prior to my marriage, my siblings, my friends, or my parents. I think my father, given his Second World War, Korean, and Malayan Emergency experiences in clandestine and covert operations, had strong suspicions. Even if I had wanted to talk, I wouldn’t have.  I owed my silence to the others who were also there, and who also knew, and who are, or were, if no longer with us, in the same position as I was.  Now I guess it doesn’t matter.  Those of us who are left are in our twilight years and will, eventually, in either the short term or a little longer, join those who have departed before us.  Once we are all gone nobody will know, nobody will ever know, or probably, will anybody care.

This book is a personal recollection.  It has been written without recourse to notes or a diary, as there were none kept.  I have access to the letters that I wrote to my father during the four and a half years covered in the book, which I had discovered among his possessions following his death.  In these letters, other than in the descriptions of Singapore, Kuching, and Sibu in Borneo, of Saigon, Cholon, the other cities and towns, the villages, and hamlets, of South Vietnam, and the countryside, in both Borneo and South Vietnam, I wrote only in broad generalities.

The events, and the people recalled here, are now well over fifty years in the past. The chapters are in sequence. but the incidents related are not necessarily in chronological order.  I wrote them in most cases as they came to mind.  All conversations are as best I can recall them after fifty-odd years and, while they might not be exactly word for word, they are accurate in content and context.

You might also ask why, as the period covered includes early 1968, there is no mention of what is known in the West as the Tet Offensive of that year.  The answer is very simply that I was not in-country at the time and thus was not involved.  The team and I were on an end-of-mission stand-down over Tet, and two of us had elected to spend our time off in Bangkok.  Unfortunately, because of the restrictions placed on incoming air travel to South Vietnam, both military and civil, we were stuck there until it was over.

The vast majority of those mentioned herein are long dead, most killed during the war.  Those who stayed behind were almost certainly hunted down and killed by the Communists after their takeover in 1975.

The youngest of those that remain, who would be solely South Vietnamese, would be sixty-nine this year (2022). If they were fifteen, the youngest age at which the Unit knowingly accepted recruits in 1968 when I departed South Vietnam, many would be in their seventies and eighties now, as am I. Those who have been blessed, or cursed with longevity, depending on your viewpoint, could be anywhere up to their late nineties or even one hundred.  Of the older ones who survived the war, who were in their early/mid-fifties in the mid-1960s, they are almost certainly no longer with us and have moved on to their next lives.

To this end, some names have been omitted or in some instances were used, or changed to protect the innocent and the not-so-innocent.   In a number of cases they were changed, not to protect the certainly guilty, but to protect any living relatives who might remain in Vietnam or elsewhere.  The names so changed, when first mentioned, have been marked with an asterisk (*).  Should you go looking for my name you will not find it anywhere either, it too is marked with an asterisk.  Several of the Caucasian names, which bear no asterisk, were so obviously pseudonyms that I considered an asterisk alongside them was not necessary.

The terminology used in this book is that of the nineteen sixties.  If some of the terms are used differently today, and I have confused you, or they are inappropriate in these times of political correctness, and I have offended you, then so be it.  It is the way things are.

All times are in the twenty-four-hour clock format.  It is what I have used for decades and is what I am most comfortable with.  Likewise, I have endeavored to use American English spelling throughout.  In those instances, where my normal Australian English spelling has slipped through, the fault is mine, and mine alone.

When reading the Vietnamese words and names used throughout this text, the purists amongst you will note that there are no diacritical marks.  This was done for two reasons.  Firstly, the majority of readers will not be Vietnamese linguists, so the lack of diacritical marks will not detract from their reading pleasure, or displeasure, as the case might be.  Secondly, and probably more to the point, the lack of diacritical marks is because I am somewhat of a computer Neanderthal.  Putting it simply, they are not there because I didn’t know how to insert them and, even if I did, I did not have a Vietnamese-English dictionary to hand to ensure I inserted them correctly.

As a warning to the latest generation and the woke, who might inadvertently stumble upon this discourse, the book contains descriptions of explicit violence.  It is also unashamedly anti-Communist.  If you are looking for something politically correct, or something that will not trigger you, and have you frantically hunting for a safe space, you will be sadly disappointed and should look elsewhere for your reading material.