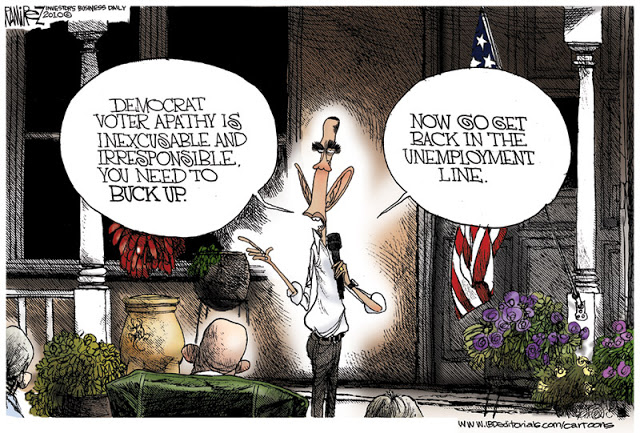 He does love to campaign. I think that part of it comes from the deep and abiding comfort that hearing himself talk gives to him. Barack Hussein Obama is nothing if not pathological narcissist. (No I’m not a doctor but if anyone wants me to cite examples of psych opinions on the matter, they are legion and on the net.) I’m not saying that Obama isn’t more or less like many politicians, but he takes narcissism to a rare place where we don’t see it that often.

I have to think that when he’s campaigning for politicians who don’t want to be seen on stage with him (Russ Feingold D-WI) and others who simply won’t invite him, that he must wonder WHERE they are. What excuses are they handing him?

IF you were a Democratic Politician, what excuses would YOU hand Obama to explain your absence from his rally for your re-election:

(examples: I had to feed the fish, My sister’s dog had to be taken to the vet, my car broke down and nobody seems to want to give a Democratic Congressman a ride, etc.)