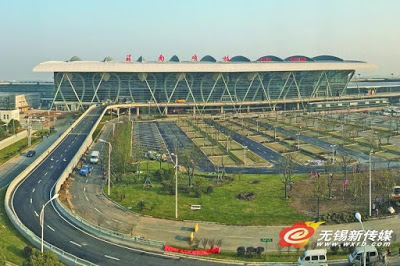 The Democratic People’s Republic of Korea recently completed a new air terminal at the Sunan airport outside Pyongyang (above). Since there are not many people flying to or from it, there aren’t cars in the parking lots or on the road, but that is a detail that one may not mention. 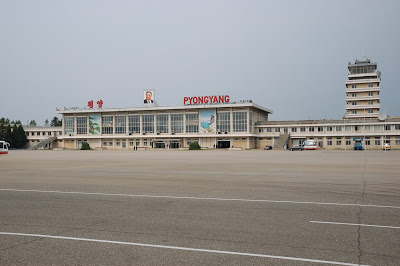 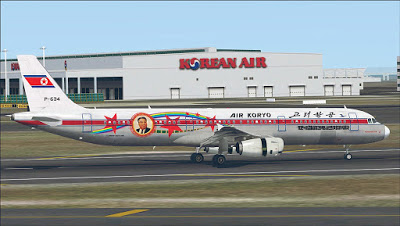 If you ask yourself where North Korea finds the money to build shopping malls such as the new Sunan airport terminal, you need only look to Iran, which buys ballistic missiles from the Democratic People’s Republic of Korea and some say, that they also have purchased a couple nuclear weapons (destined for the Big and Little Satans). Oil money goes a long way.
The current Dear Leader, Kim Jong Un, his wife and acolytes visited the newly opened, rebuilt terminal at Sunan International Airport. The terminal is engineered for tourism. The images and North Korean news reports spotlighted the amenities, shops and modern appearance. The published images are impressive.  As usual, Kim and his sycophants were dazzled by the spectacle, but missed the key feature of a modern air terminal. There are no international communications. You can’t make a phone call to or from the airport.
A friend visited Sunan, North Korea, in an earlier time. This is his account:

The terminal building looked modern, but contained almost no amenities — not even working telephones. It had telephone stations; they just did not work. Neither did the two luggage carousels. Our luggage was manhandled.

It was Christmas time in1992. The probability of ever seeing our luggage again was diminishingly small. The obvious solution — even in 1992 –was to call the US Embassy in Beijing and ask it to get control of our luggage and keep it safe. The obvious solution was part of the problem because Sunan International Airport had no non-military telephone connectivity to anywhere.

International phone calls could only be made from the office of the Post and Telecommunications Ministry in Pyongyang, some 40 miles away.

Our delegation’s concern was not with boutiques and tourist attractions, but with communications to the outside world by telephone and the internet. None of that was available in 1992.

None of that appears available at Sunan in 2015.
The North’s leaders and engineers mimicked the work of modern states in air terminal construction. They even improved on the designs, but they failed to grasp – or were not permitted to incorporate — the substance of modern airports. They are transportation nodes and communications hubs, not shopping centers. None of the descriptions of the new Sunan airport terminal mentions its connectivity to global communications networks. Naturally, all of the power is turned off at night.