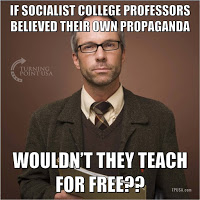 There is a growing mood in America that putting a pickle on a bun is worth $15.00 an hour. Both Bernie and the Bitch of Benghazi are pushing for that. Because they are appealing to greed rather than common sense, the public eats that up. Sadly, there is no such thing as a free lunch and the people who will be hurt the worst are those least able to afford it.

The free market should decide how much any worker is worth. However since the minimum wage is likely to be an election issue this year, I expect that both parties will support raising it (bread and circus, right?).

Mayor Bill de Blasio and members of the New York City Council are calling for a city-wide boycott of Chick-fil-A – urging citizens to refrain from eating plump juicy chicken breasts tucked between hot buttered buns. The president of the company said that marriage should be between a man and a woman (oh, the horror – let me flee to a safe space), and they are closed on Sunday. That alone is enough to raise the cry of BIGOTRY! However, they don’t discriminate in hiring. There are long lines at both of New York City’s Chick-fil-A restaurants. I’m sure that de Blasio’s publicity of the restaurant chain is doing for them what the people waving Mexican flags is doing for Trump.

Mitt Romney, bitter hater, announced that he wouldn’t be attending the GOP convention in Cleveland.  Neither is Jeb! We’re all sure going to miss them…moving on. Paul Ryan isn’t going either based on what he said today. He was a Romney acolyte. 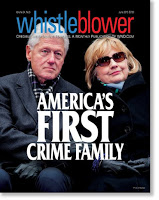 Clintonistas
The progressive left’s propaganda arm, the mainstream media, has perfected their use of the attack to demonize anyone (even chicken restaurants) who doesn’t toe the political line that they set out. Bill Clinton had fathered children out of wedlock. There are persistent rumors about Chelsea being Web Hubble’s daughter, but who knows? Hillary by all reports is a lesbian, and people who get in the way of the Clinton agenda end up disgraced or having their pictures mounted to the backs of milk cartons. The funny thing about the Clintons is that almost any foul thing you could say is true and documented. The progressives roll in that sort of filth because it gives them something to set their personal sights on – it’s a goal post. 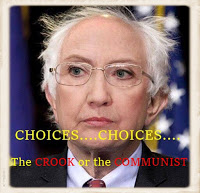 I can’t help but laugh as the pundits call for Hillary to “pivot” this way or that way in her opinions, which are formed by pollsters. I don’t know that anyone knows what Hillary actually believes about any particular topic. We do know that she loves money and craves power.
It’s oft said that Bernie Sanders is dragging Hillary to the left. If Bernie says something and people cheer, then Hillary feels obliged to do the same thing in the hopes of a cheer.
And that’s what it has come to.
Then there are TWO CELLOS
They are playing the Clinton theme song aren’t they?. 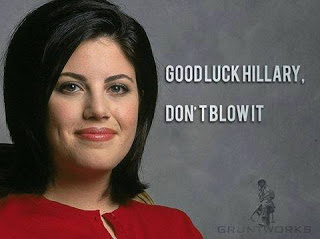