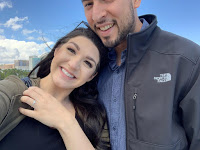 You can read more about the Town Hall meeting here:

This isn’t about the only out-of-the-closet homosexual who is pushing for people to make him king. (Spartacus Booker is likely still in the closet). It’s about Chris Wallace, the virulently anti-Trump – and often anti-Fox network employee of Fox News. I won’t watch anything with Wallace on it, and if the Mayor of South Bend is elected president, we have far more problems as a nation as we would if say, Hillary, ascended. I’m sure that Wallace is a sacred cow at Fox or he’d be hosting some kind of anti-Trump programming on CNN.

I’m sure that she didn’t mean it the way that I’ve taken it, but abstention outside of marriage and unless a child is wanted is possibly the most conservative of positions when discussing human reproduction. Sometimes you go so far left that you end up right? It’s an interesting hypothesis.

My youngest daughter, Emilie, got engaged this past weekend. She lives in Southern California where the weather is a bit more stable.


As the World Turns 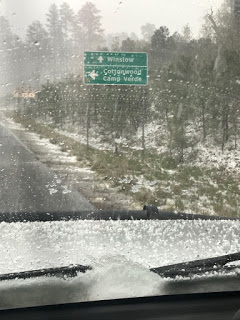 It’s May 20, and the snow continues to fall at the White Wolf Mine. The glaciers creep south and if we don’t start burning fossil fuels in earnest, we’ll all be encased in ice within 12 years. It’s settled science.

I drove down the mountain to Pine, AZ for supplies and the snow started.

On the way back up the hill, a car was driving slowly in front of me. Obviously watching the snow on the road instead of the elk that stepped out in front of him onto the pavement. Elk don’t care if it’s snowing. They’re hanging out, being cool, and doing what elk do. And they don’t care much that you think you have right-of-way on the highway.

The photos aren’t the best because I’m holding my cell phone while it snows and the snow drops onto the screen and lens. 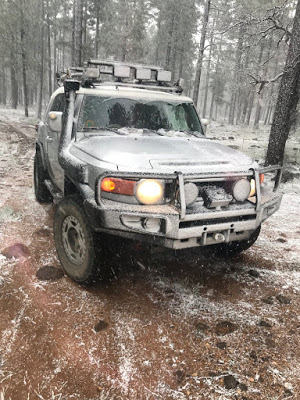 I’m still waiting for the nights to get warm enough to throw paint onto the homestead. It’s been a cold wet winter and I anticipate the arrival of White Walkers, Ice Giants, Yetis (not the plastic cooler) and so forth.

It was nice to get home. Now I’m going to make some hot chocolate and will start a fire in the fireplace.

The insanity of the world will go on without me. It’s nice to go Galt.