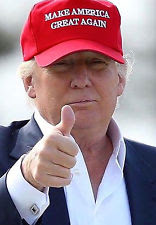 Easing Regulatory Burdens
Shortly after being sworn in, President Trump ordered federal agencies to ease the “regulatory burdens” of ObamaCare. Agencies are ordered to “waive, defer, grant exemptions from, or delay the implementation of any provision or requirement” of Obamacare in hopes that this order will lower the burden on individuals, families and patients as the President and the Congress work on a permanent solution to Obamacare.
Withdrawing from TPP

The President wasted no time in ending the United States support of the disastrous TPP trade deal by withdrawing our country from it on Monday. President Trump called the move, “a great thing for the American workers.”
Spurring American Jobs
On Tuesday, President Trump re-opened the door for the Keystone and Dakota Access pipeline to be built with an executive order. Also included were related orders that would speed up the timeline on the project by streamlining the permitting process and cut through more government red tape. From here on out, the pipeline will use steel pipes made in America.
Securing Our Borders
President Trump is moving forward with several items that will secure our borders and keep Americans safe! He plans on stripping federal grant money to dangerous sanctuary cities, hiring 5,000 more Border Patrol agents, ending “catch-and-release” policies for illegal immigrants, and reinstating local and state immigration enforcement partnerships. The Mexican leadership knows that they’re going to build the wall. They just want it kept quiet from the rest of their country. They also know that the $60 billion trade imbalance that they feasted on in 2016 was the last one of those for a long time if ever.
Remembering our Allies
Today, British Prime Minister Theresa May met with President Trump. Prime Minister May appears optimistic about the visit saying, “So as we rediscover our confidence together — as you renew your nation just as we renew ours — we have the opportunity — indeed the responsibility — to renew the special relationship for this new age. We have the opportunity to lead, together, again.”
Next Week:
Protecting the Constitution
Next Thursday President Trump is slated to announce his choice to fill the vacancy left on the Supreme Court after the loss of Justice Antonin Scalia last February. This is a highly anticipated announcement, as this new justice will shape the future of our nation by weighing into decisions that have reached the highest court.
We’re witnessing the plan to make America great again unfold and it’s a wonderful thing.