Jeffrey Epstein was scum, but his murder to silence testimony against the great and powerful who enjoyed sex with children that he promoted (and provided the source of his influence) was so blatant – and so emblematic of the Swamp, that it resonates.

We are ruled by a corrupt state that remains willing to murder people to hide their filthy secrets. Epstein got what he deserved. We, the people, did not. 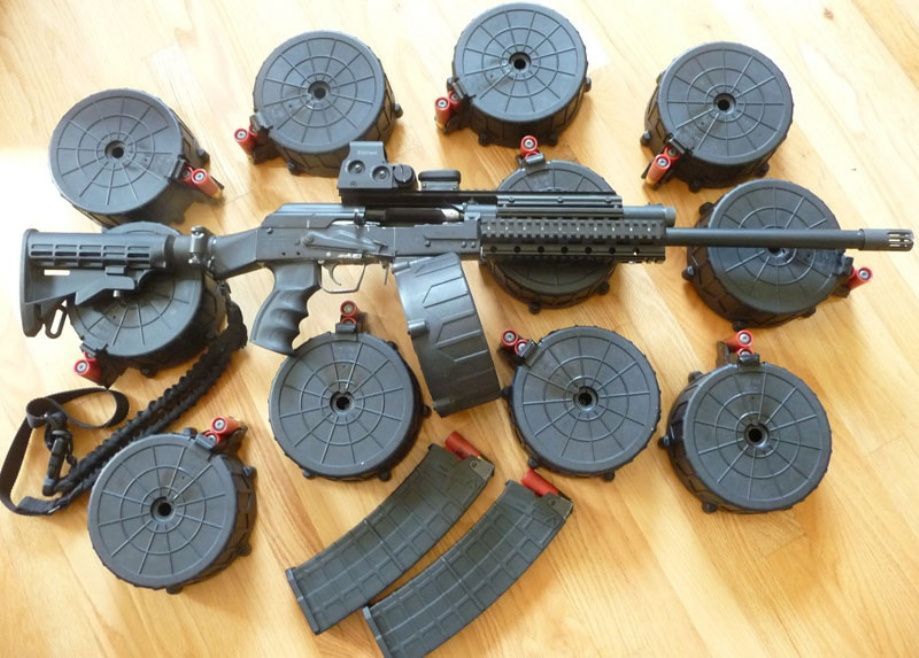 For when those pesky ducks fly overhead. Load the war drums with rifled slugs to demonstrate your proficiency against mergansers and mallards.

Get your fear-based “booster” shot at an abandoned mall in a crime-ridden metropolitan city near you. It’s all about boosting Big Pharma’s profits…repeat business. 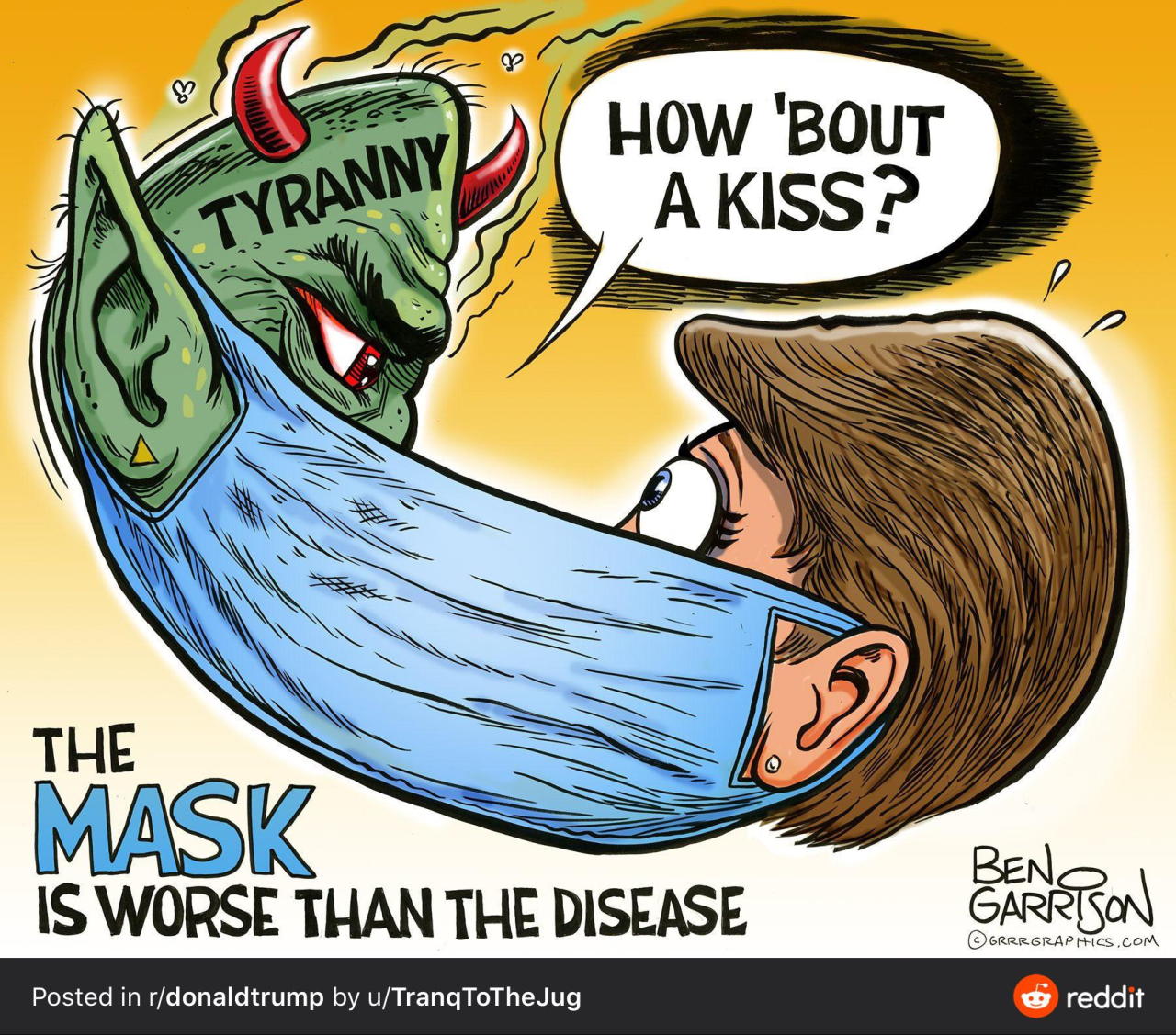 (Fox News) U.S. Capitol Police (USCP) were ordered to start arresting visitors and staff who refuse to wear a mask on the House side of the Capitol complex starting Thursday, according to a police memo issued by new USCP Chief Thomas Manger that was obtained by a member of Congress.

Police were also advised not to arrest members of Congress for failing to wear masks but to report the lawmakers’ noncompliance to the House sergeant-at-arms, the memo says. Pelosi is said to have walked the regal decree of “off with their heads” — back to some extent because the peasants were revolting.

After more than a year of committing scientific fraud to push false “positives” via PCR testing, the CDC has announced it is withdrawing the RT-PCR Diagnostic Panel on December 31st of this year:

After December 31, 2021, CDC will withdraw the request to the U.S. Food and Drug Administration (FDA) for Emergency Use Authorization (EUA) of the CDC 2019-Novel Coronavirus (2019-nCoV) Real-Time RT-PCR Diagnostic Panel, the assay first introduced in February 2020 for detection of SARS-CoV-2 only. CDC is providing this advance notice for clinical laboratories to have adequate time to select and implement one of the many FDA-authorized alternatives.

The use of PCR tests for covid illness diagnosis is a global scientific fraud, since no PCR instrument can produce quantitative results that might indicate a specific viral load. Yet this CDC-approved testing protocol was relied on to fabricate the “casedemic” illusion which pretended that hundreds of millions of people around the world were infected with covid.

PCR instruments are not quantitative instruments. They cannot tell you how much of something is present in a given sample. Every lab scientist familiar with PCR instruments knows this. Yet they continue to go along with the global fraud of diagnosing “positive” cases via PCR testing.

The entire covid “plandemic” has been based on fraudulent PCR testing, and now the CDC is announcing it is pulling the most frequently used test, perhaps in an effort to replace the test with yet another fraudulent protocol that can be controlled by health authorities to worsen the “pandemic” on demand (or, perhaps, claim covid has been eliminated and declare victory).

From the very start, the entire pandemic has been nothing but a globally coordinated PCR testing fraud. As Thermo-Fischer sales representatives told me in face-to-face meetings, PCR instruments cannot determine quantitative results.

They do not use quantitative instrument calibration curves or quantitative external covid standards. This means PCR instruments have no legitimate role in diagnosing any person with illness or covid infections. The mere presence of a single viral fragment, multiplied trillions of times through PCR cycling, does not indicate anything of scientific or diagnostic value.

A Portuguese appeals court has ruled that PCR tests are unreliable and that it is unlawful to quarantine people based solely on a PCR test.

The court stated, the test’s reliability depends on the number of cycles used and the viral load present. Citing Jaafar et al. 2020, the court concludes that:

Similarly, the Austrian court has ruled that PCR tests are not suitable for COVID-19 diagnosis and that lockdowns has no legal or scientific basis.

The court pointed out that “a PCR test is not suitable for diagnosis and therefore does not in itself say anything about the disease or infection of a person”. 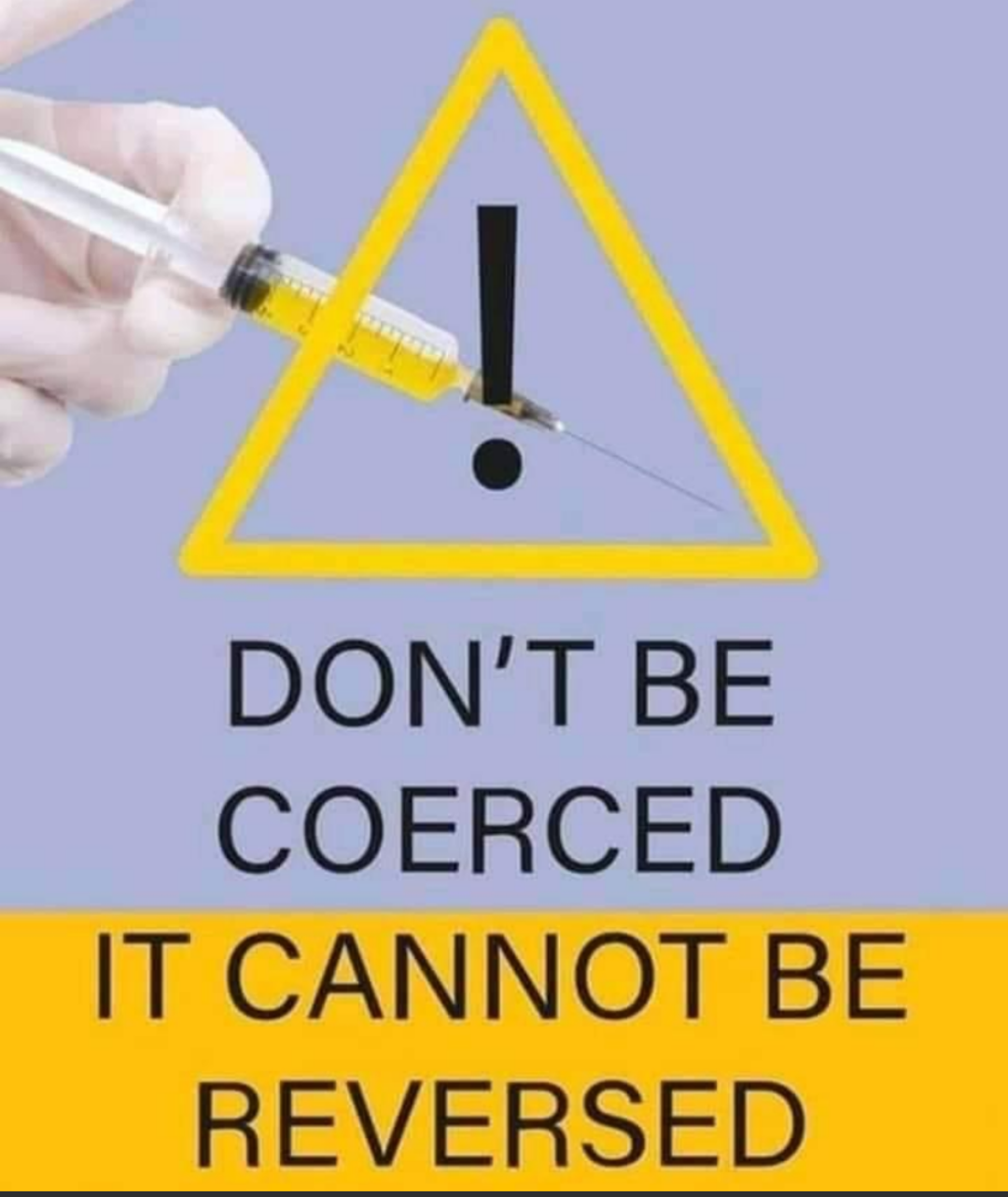 As Zero Hedge reports, even Dr. Fauci admits PCR testing is essentially a fraud when it comes to diagnosing covid illness:

“What is now sort of evolving into a bit of a standard… if you get a cycle threshold of 35 or more … the chances of it being replication-confident are minuscule… It’s very frustrating for the patients as well as for the physicians, somebody comes in, and they repeat their PCR, and it’s like [a] 37 cycle threshold, but you almost never can culture virus from a 37 threshold cycle. … So, I think if somebody does come in with 37, 38, even 36, you got to say, you know, it’s just dead nucleotides, period.”

There is no such thing as precision when you’re multiplying genetic material in the sample itself. This process, by definition, destroys any meaningful knowledge of the mass or concentration in the original sample.

If the same approach were used in breathalyzer tests for possible drunk drivers, every living person would be arrested for a DUI, since there is at least one molecule of alcohol circulating in the blood of everyone.

The CDC is withdrawing this PCR method most likely because they know the test cannot withstand reasonable scientific scrutiny. They’re trying to cover their tracks and memory hole the fraudulent test that was used to drive the fake covid pandemic in the first place. But we already know the CDC is a criminal front for the vaccine industry, and that the CDC has no scientific credibility or authority whatsoever when it comes to legitimate infectious disease testing. 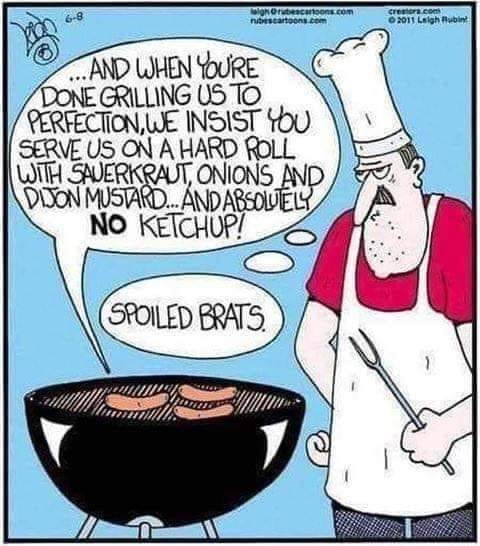 Mark your calendars for the Blackbeard’s Pirate Jamboree happening October 29-30 in Ocracoke, NC! 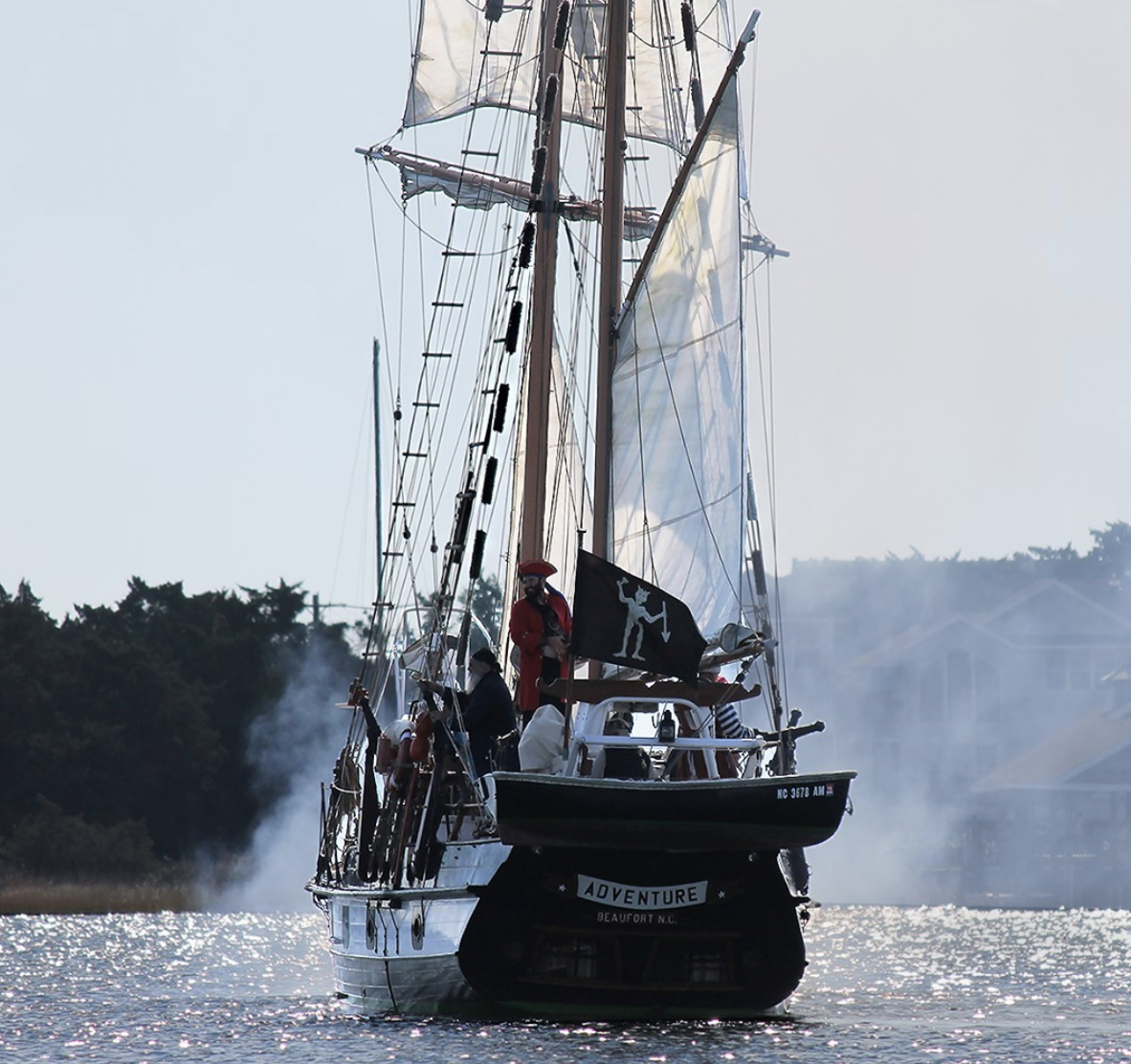 I’ve been working on a pirate novel (based on a true story) for a long time now. The plague interrupted things. Life will interrupt them further because it’s doubtful that I’ll make it to the Carolinas in 2021.

Things will get serious in Space once we’ve built one. Until then – we’re just screwing around – in my opinion. We need to work out the kinks by building one up from the Moon. 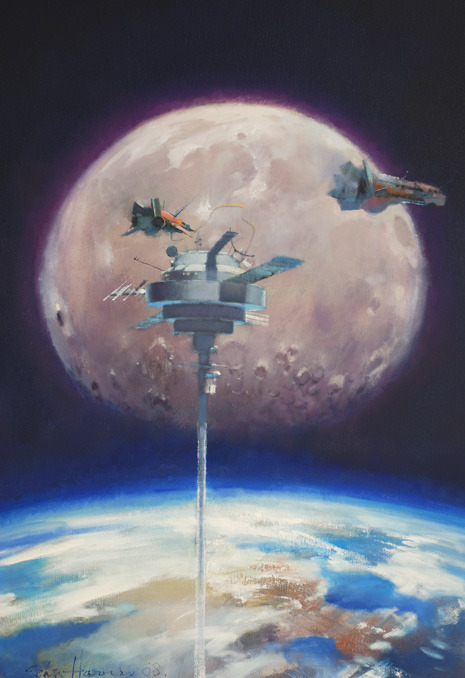 A space elevator is a proposed type of planet-to-space transportation system. The main component would be a cable (also called a tether) anchored to the surface and extending into space. The design would permit vehicles to travel along the cable from a planetary surface, such as the Earth’s, directly into orbit, without the use of large rockets. An Earth-based space elevator would consist of a cable with one end attached to the surface near the equator and the other end in space beyond geostationary orbit (35,786 km altitude). The competing forces of gravity, which is stronger at the lower end, and the outward/upward centrifugal force, which is stronger at the upper end, would result in the cable being held up, under tension, and stationary over a single position on Earth. With the tether deployed, climbers could repeatedly climb the tether to space by mechanical means (an elevator), releasing their cargo to orbit. Climbers could also descend the tether to return cargo to the surface from orbit.

A Martian tether could be much shorter than one on Earth. Mars’ surface gravity is 38 percent of Earth’s, while it rotates around its axis in about the same time as Earth. Because of this, Martian stationary orbit is much closer to the surface, and hence the elevator could be much shorter. Current materials are already sufficiently strong to construct such an elevator. Building a Martian elevator would be complicated by the Martian moon Phobos, which is in a low orbit and intersects the Equator regularly (twice every orbital period of 11 h 6 min).  Phobos would have to go…