The role of Praetorians in the early Empire (following the Republic)

When you look at the history of the Roman Empire, a lot of emperors were murdered by their own troops. Julius Caesar was murdered on the floor of the Senate, and recent discoveries suggest that he may have taken hours to bleed to death. Some of those emperors who “died on campaign” may have been poisoned. If Nancy Pelosi (or Dr. Jill) was in my line of ascendence, I’d have five food tasters at least…but that’s me.

Caligula lasted three years and ten months as emperor, and survived because he had a personal bodyguard of Germans, who were said by Josephus to have been loyal.

Caligula took pains to mock Cassius Chaerea, the commander of the Praetorian Guard, which to us today, would be considered exceptional folly, even by one as feckless as Caligula. Because his popularity was in decline, in 40AD, Caligula announced to the Senate that he planned to leave Rome permanently and move to Alexandria in Egypt, where he hoped to be worshiped as a living god.

According to Josephus, Suetonius saw the motive in Caligula’s assassination because Caligula called Chaerea derogatory with names like “Priapus” and “Venus”. Basically in the modern vernacular, he called the commander of the Praetorians a “pussy”. Finding the opportunity, Cassius Chaerea and other Praetorians stabbed and hacked the emperor to death.

Suffering from ill-health and an alarming lack of social skills, for which most believed him mentally retarded, Claudius he received no public office from Augustus except once being invested as an augur (an official Roman soothsayer). Under Tiberius he held no office at all.

Generally he was considered an embarrassment at court. Under Caligula’s reign he was granted a consulship as colleague to the emperor himself (AD 37), but otherwise he was treated very badly by Caligula (who was his nephew), suffering public disrespect and scorn from him at court. Caligula’s choice of raising Claudius was seen as an insult to other consuls. 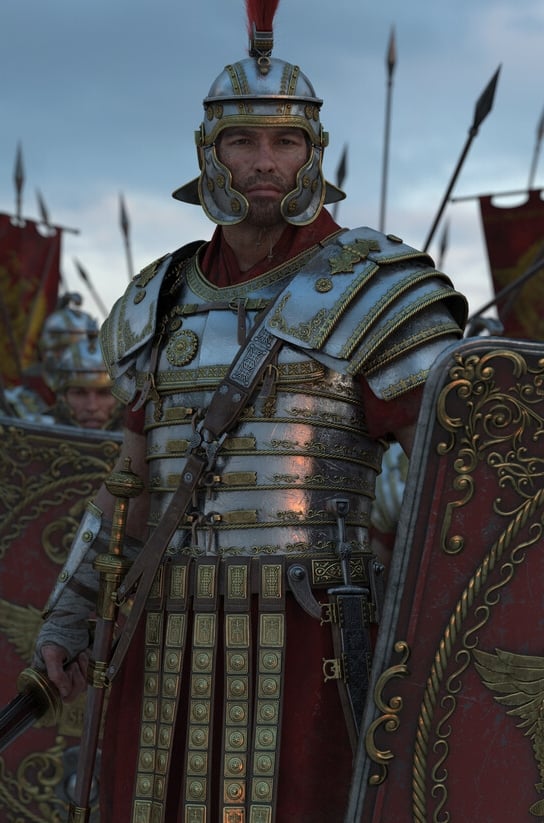 At the assassination of Caligula in January AD 41, Claudius fled to one of the apartments of the palace and hid behind one of the curtain. He was discovered by the praetorians and taken to their camp, where the two praetorian prefects proposed him to the troops who hailed him emperor. The found a feeble minded fool and thought that he’d make an excellent puppet emperor.

Faced with the praetorians’ decision, the senators fell in line and bestowed imperial power upon Claudius. He was short, possessed neither natural dignity nor authority. He had a staggering walk, ’embarrassing habits’, and ‘indecent’ laugh and when annoyed he foamed disgustingly at the mouth and his nose ran.

Some say that he was a decent emperor because a number of capable Romans acted in his name to improve and expand the empire. Claudius stammered and had a twitch. He was dominated by his wife and his personal staff of freedmen. His choice of women was ended in his death when his wife Agrippina was said to have poisoned him and then had Praetorians loyal to her smother him in a pile of dirty laundry.

The army (the military industrial complex of its day) elevated Claudius to emperor rather the Senate. The Senate of that day evaluated that had they gone against the Praetorians, they, themselves would have ended up the river, or in a pig pen, being recycled by swine.