Knife in the Back 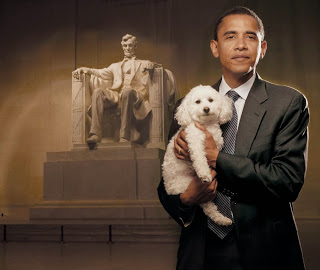 Ahmed al-Ibrahim, an adviser to some of Saudi Arabia’s royals and officials conveyed why the Saudi Government has decided to go it alone without the US.

(Fox News) “The bond of trust between America and Saudi Arabia has been broken in the Obama years,” al-Ibrahim said. “We feel we have been stabbed in the back by Obama.”

“Every time that Obama had to choose between his enemies and his friends, he always chose his enemies,” he said. “We don’t know what he’s putting in his tea.”

Commentary: Obama is simply behaving the way all “American progressives” behave. Which is to say that the Saudis need to get out of the beltway a little more often if they want to understand more about this Administration. Living in Chicago for a year and watching that municipal government in action as the succession of corrupt leaders end up in jail would explain a lot to the confused sheiks. Obama hasn’t been impeached because the Senate Democrats are holding the line for him.

Egypt feels much the same way as the Saudis do. Charles Krauthammer had this to say about that. “We have managed to make everybody hate us, the (Muslim) Brotherhood, the religious, the secular army and the secularist opposition. That’s quite a feat.”
The latest polling finds that the once popular Obama is only managing to convince 37% of Americans that he’s doing a good job. PERIOD. That may change as he shifts into gear trying to buy votes by increasing the national minimum wage – and works to open the US Border to bring more high propensity Democratic Party voters up from Mexico. Desperate times call for desperate strategies and it’s unlikely that we’ll see any more reaching across the aisle than we’ve seen over the past half decade.
ObamaCare has resulted in nearly 6 million people losing their health insurance so far – and they boast that they’ve signed up a million. It’s been a knife in the back to the liberals and hollywood celebrities who were parroting Obama’s words – “If you like your doctor, you can keep your doctor. PERIOD. If you like your healthcare plan you can keep your healthcare plan. PERIOD.”
As with those global warming fanatics whose ship is trapped in Antarctic sea ice, the Obama Administration’s chickens are coming home to roost. The utopian socialist who promised hope and change has presided over a dismal and depressing five years – and the next three seem to have ‘more of the same’ written all over them.
There is only one thing that President Obama seems to excel at: Backstabbing.