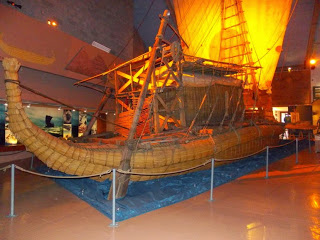 Facebook
Twitter
Pinterest
WhatsApp
Kennewick Man is still causing controversy. There’s a lot at stake. The Umatilla Indian tribe who owns the land where the US Army Corps of Engineers found the skeleton, maintains that they were the very first people ever to live on that particular plot of land. Maybe so, but Kennewick Man was not a local based on the totality of evidence? Maybe the Umatillas killed him while he was passing through? Nobody knows.

Eighteen years after his near-complete skeletal remains were found along the bank of the Columbia River in eastern Washington, Kennewick Man is finally telling his 9,000-year-old story — and reshaping our knowledge of how North America was first populated by humans.

The prehistoric man’s bones have yielded clues about his diet and lineage, convincing forensic anthropologist Doug Owsley of the Smithsonian Museum of Natural History that he was an immigrant who had come a long way before his death. Based on his diet of seals and other marine mammals and the shape of his skull, the theory is he and his relatives traveled in boats from Polynesia, along the coasts of Japan, Russia, Alaska, Canada and eventually up the Columbia River.

Oddly enough, Kennewick man looked more like the popular actor, Patrick Stewart, than he did like an American Indian. It’s a fact not overlooked by the Umatilla Tribe. You can imagine what Star Trek conspiracy theorists said when that disturbing fact came out.

The book, 1491: New Revelations of the Americas before Columbus, by Charles Mann is an interesting read for any of you who would like to delve further. I highly recommend it. Mann demonstrates how the pre-Columbian cultures were heterogeneous and quite advanced, in many ways far outdoing their counterparts in Europe. And in what may be the most controversial sections, Mann maintains that the Native Americans were neither primitive savages who left no mark on their world, nor dreamy proto-environmentalists who lived as one with nature, but rather people who throughly altered and shaped their landscapes.

This book will not please anyone with a pre-conceived agenda on either the pro-development or pro-environment side, but it will be found invaluable by those who seek a better understanding of the “New World” before the Europeans “discovered” it.

The truth, illustrated by Norwegian explorer Thor Heyerdahl’s Ra Expedition and Kon Tiki Expedition, demonstrated the ability of ancient people to travel across the Atlantic and Pacific Oceans at will. The life of Kennewick man only underscores this understood but under appreciated truth about those who populated the planet before us.
A parting shot in Heyerdahl’s words, “There is nothing for modern man to return to. Our wonderful time in the wilderness had given us a taste of what man had abandoned and what mankind was still trying to get even further away from. Progress today can be defined as man’s ability to complicate simplicity. Nothing in all the procedure that modern man, helped by all his modern middlemen, goes through before he earns money to buy a fish or a potato will ever be as simple as pulling it out of the water or soil. Without the farmer and the fisherman, modern society would collapse., with all its shops and pipes and wires. The farmers and the fishermen represent the nobility of modern society; they share their crumbs with the rest of us, who run about with papers and screwdrivers attempting to build a better world without a bluprint.”