I’m Waiting for an Apology 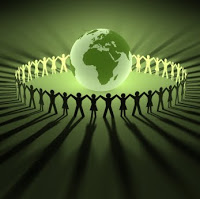 Facebook
Twitter
Pinterest
WhatsApp
>>>WARNING – GRAPHIC IN PLACES<<<
Part of being over thirty is that you’ve heard it before. There’s not that much that is new. During my life, the Left has made sweeping pronouncements and dire predictions of whats to come; should a certain policy they (the Left) advocate not be instituted.
They are ALWAYS wrong.
But they never apologize for their vast screw-ups. They never have to say that they’re sorry.
* In the early 1970’s there was an Ice Age that would inevitably hit us in twenty years.
* In the late 1980’s they howled about the coming heterosexual AIDS epidemic that never materialized. Maybe it’s because heterosexual men never decided to have anal sex with each other…

* Throughout the 1970’s there was the coming massive overpopulation, leaving us all living in Soylent Green-like ghettos eating each other? Star Trek had an episode, and the radical left pounded the pulpit preaching it as if it would happen — soon. So, how’s life in your over-crowded urban ghetto working out? Had your daily-dosage of Soylent Green today? (Tasted oddly like chicken)
Today, the media continues to count on our collective amnesia and puts these people to the fore as modern-day Jeremiahs.
Here is an example today of a prediction loudly trumpeted just a few years ago:
HEADLINE: 50m environmental refugees by end of decade, UN warns
· States urged to prepare for victims of climate change
· Natural disasters displace more people than wars
David Adam, environment correspondent
The Guardian, Wednesday 12 October 2005

Rising sea levels, desertification and shrinking freshwater supplies will create up to 50 million environmental refugees by the end of the decade, experts warn today. Janos Bogardi, director of the Institute for Environment and Human Security at the United Nations University in Bonn, said creeping environmental deterioration already displaced up to 10 million people a year, and the situation would get worse.

Notice the date of this prediction?
It was made in several “respectable” journals of “environmental science”
Here is another such prediction, made a few years ago:
(LINK) Scholars are predicting that 50 million people worldwide will be displaced by 2010 because of rising sea levels, desertification, dried up aquifers, weather-induced flooding and other serious environmental changes. So says Andrew Simms, policy director of the New Economics Foundation in the United Kingdom and the author of a book titled, “Environmental Refugees: The Case for Recognition.”
It’s 2011. The decade came and went. Where are the millions of refugees? Where is the predicted calamity? Did the ‘pseudoscientists’ give back their grant money?