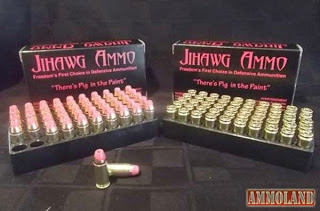 Facebook
Twitter
Pinterest
WhatsApp
British Muslim Neighborhood Watch (sharia compliant)
Muslims seem to get away with this in Great Britain but I wonder what the reception would be in Texas — or Idaho? (Idaho is the home of JIHAWG ammunition) Maybe the Muslims should be on the beaches in Hawaii demanding that the women cover up? Perhaps they should burn all Sports Illustrated Calendars? And that’s weird because internet porn is so incredibly popular in the Middle East.
There is also a neighborhood watch in most major cities in The Netherlands. And it’s particularly interesting in light of a new study, cited below.

80% of young Turks living in The Netherlands see nothing wrong with jihad against unbelievers in The Netherlands…And Dutch officials are shocked — because few if any of them ever troubled to read the Qur’an or study Islam, and they are confident that only greasy Islamophobes think that there is support for jihad violence among any Muslims beyond a tiny minority of extremists. (Source: “Young Dutch Turks’ radical views worry MPs, call for more research,” Dutch News, November 12, 2014)

It makes me want to BBQ up a batch of baby back ribs at a park in The Hague for the fun of it. One day (not today, but soon) the Dutch Police will be buying JIHAWG ammunition to deny young would-be terrorists access to 72 virgins.
What would the Muslim neighborhood watch think of somebody sitting on a park bench eating a BLT, chased by a beer on their turf? In the UK, they’d likely mob and knife you at 30:1 odds. In the US — possibly not if you were armed with a .45 packing JIHAWG ammo.