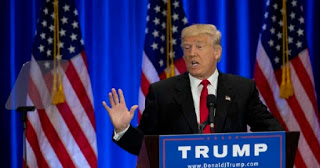 Facebook
Twitter
Pinterest
WhatsApp
I’m not the least bit tired of winning. Without apologies, I support the presidency of Donald Trump and the continued presidency of this great man to 2024. We need more conservative justices on the Supreme Court and nobody believes that RBG will survive to 2024. It’s very likely that President Trump’s lasting legacy will be most profoundly felt through the appointment of judges (for life) to the federal bench.
There are a long list of accomplishments that can be credited to the Trump Presidency. All of those were achieved while he was under constant attack from the corrupt, lying, smug, sly, wicked mainstream media and the Deep State. There are still a lot of RINO’s skulking around as well, but they don’t say that much these days.

I’m going to list the top accomplishments of the Trump administration. It’s my list. You may have favorites that I miss.
1. Historically low unemployment, which includes historically high employment for all categories of Americans. There is a dignity to work, a nobility to being able to take care of your needs and those of your family.
2. We are not at war and the war in Afghanistan is winding down. President Trump is not an advocate of kinetic war all the while he has rebuilt the military to make it stronger and more effective.
3. NASA has returned to being a space agency instead of a muddy mission that included helping Muslims to feel good about themselves. There is a US Space Force, that will take the lead in space based military missions. It will be slow to start, but it will get its own legs and its own voice.
4. The rotten treaties of the Obama Years (and before) have been recut. There was no Trans-Pacific Partnership, NAFTA is gone, the Paris Climate Accords are gone, the Iran Nuclear Deal has been repudiated, and China is no longer treating the United States like its bitch. Europe is being forced to reassess its treatment of the US economically. NATO is being forced to pay its fair share for its defense.
5. Obama/Biden said, “You didn’t build that”. President Trump says “You built that, now let’s build more.” To wit, business killing regulations have been rolled back or eliminated at a historic rate, and that has unleashed the American economic juggxrnaught. We are making steel again, business are returning to the US, and manufacturing is also returning.
6. There has been a crackdown on illegal immigration and the US Borders are not OPEN. I realize that the Democrats view each illegal alien as an illegal voter, and that’s been problematic, but the president held firm.
7. The Veteran’s Administration is being held accountable for the services it provides and veterans now have the right to choose healthcare providers. AND the new system saves money.
8. ISIS is gone. They hold no ground. The dismal failure of USGOV to deal with these monsters was reversed with President Trump’s election.
9. The United States is now the #1 producer of oil and gas – FOR EXPORT, for a change.
10. Relations with North Korea, while still rocky, do not immediately portend nuclear war.
(Bonus) 11. President Trump drives the mainstream media insane. The hippies, lefties and media of my youth has flipped in a dramatic way. They now call Russia a threat, they trust the FBI, CIA and other related agencies, they defend big business such as Google and Facebook. For those of you who lived through the Vietnam Era, this is truly remarkable. And they REALLY hate President Trump, who wants to Keep America Great.