China – In the News 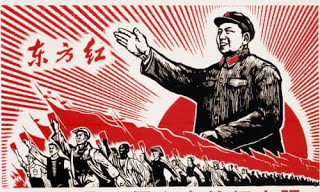 Facebook
Twitter
Pinterest
WhatsApp
Please feel free to differ when it comes to the commentary that you read here. It’s a blend of what’s in the press in Asia and my personal experiences with the Chinese in the People’s Republic up to and including Politburo members, in Hong Kong and my experience working directly with the Public Security Police, etc. It doesn’t mean that I’m right. Only that I have had enough exposure to form opinions.
1. China is inherently unstable. If the People’s Liberation Army wasn’t there to keep the place in line, Western China (Muslim); Shanghai; and Guanzhou (was Canton) in Southern China would leave the People’s Republic TODAY. None of those areas appreciate Beijing, and all feel that they would be better off on their own. I leave it to you to decide whether they would be or not, but in my opinion capitalism and more personal freedom is always better than communism and less personal freedom. Add Hong Kong into the mix and you have a festering wound created by “one country, two systems”.
2. Chinese people as a cultural group are inherently capitalistic. They just are. There are a million examples of this in their nature that can be seen in the West. They’re industrious and smart and work toward personal goals which revolve around, (a) make money, (b) get married to a Chinese lady and have children, (c) build a monument to yourself.
3. Chinese dysfunction that resulted from the one-child policy created an unnatural male/female imbalance that conflicts with “b” above and generates huge social pressure. The Floating Population (homeless Chinese in mainland China) consists of about 200 million Chinese people and they create social friction and add to a lack of harmony in Big China.
4. The Chinese milked the West eight ways from Sunday in trade, in tech transfer, and it allowed for this to become a “Chinese Century”. Fools like Slow Joe Biden spout that China is not competition to the US. It’s goofs like him that created the situation that we find ourselves in. The unexpected arrival of President Trump and his demand for ‘fair trade’ upset the apple cart. Fair trade in China means trade that benefits China.
Hong Kong
One quarter of all the citizens of Hong Kong turned out to protest the government. Those are people who took to the street, and that number doesn’t reflect the OVERWHELMING dissatisfaction of Communist China absorbing Hong Kong like a malicious amoeba. Hong Kong flies the Hong Kong flag, not the flag of the People’s Republic of China.
If the protest was in the US you’d have seen 81 million people out on the street (proportionate to population). That’s a BIG problem to Beijing and they have to figure out how to crush it and at the same time keep Hong Kong and its money intact. Sending the People’s Liberation Army in to kill people won’t work when you’re talking about millions of people. I’m not saying that the oligarchs who run the PRC are squeamish. They’re not. But they’re building this massive belt road project on the pretense that they are not the bloodthirsty killers of the Cultural Revolution. Slaughtering several million people in Hong Kong would not give the world a warm and fuzzy feeling.
China and North Korea
North Korea has always been a Chinese satrap. Sometimes the Norks forget who calls the shots. This week, Chinese President Xi will make his first state visit to North Korea. On 17 June, the Korean Central News Agency (KCNA) published an announcement.

The visit will be the first by a Chinese President to North Korea in 14 years. Hu Jintao was the last Chinese President to visit, in 2005. His host was Kim Chong-il. As a Vice President, Xi visited Pyongyang in 2008.
Xi Jinping accepted Kim Jong Un’s invitation during Kim’s visit to China in March 2018 to try to thaw relations with China. In accepting the invitation, Xi said he would visit at a convenient time.
Preparations for this visit explain North Korea’s relative lack of attention to South Korea and the US in the past few months. President Xi’s visit will complete the rehabilitation of North Korea as a partner of China under Kim Jong Un’s tenure. It also implies that the Chinese communists have accepted North Korea’s dynastic form of socialism.
China appears to be intervening to prevent the return of instability on the Korean peninsula. Kim Jong Un’s deadline for terminating his peace offensive on 31 December, influenced the Chinese decision to intervene. The Chinese support North Korean denuclearization for their own reasons, which include prosperity and stability. They oppose a return to a campaign of provocations and increased tension with the US and its Allies.
What has China demanded from Kim in return for President Xi’s visit? Likely it is a commitment to maintain the suspension of long-range ballistic missile tests and nuclear tests, especially while China grapples with the US in the trade war, on cyber security issues, freedom of navigation and marketing 5G technology.
In late May, President Xi said China “is now embarking on a new Long March and we must start all over again.” He blames his ‘friend’, President Trump for the need to reset. That declaration implies a long campaign of struggle, mainly with the US. The Chinese strategists cannot afford to be distracted by crises in Korea, in Hong Kong or with Taiwan. President Xi will advise Kim to behave, and China will promise to work to get sanctions lifted.