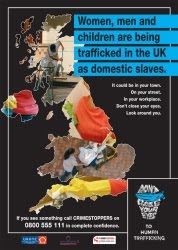 When did the practice of widespread slavery end in the world?
I like to joke around on my blog from time to time but this is not one of those jokes.
The United Kingdom isn’t a place you’d expect to see widespread human slavery is it? Until Chief Superintendent Nick Kinsella, who had been seconded to MI-5 and his team delved into it, I wouldn’t have thought so either. They launched Operation Pentameter and because of it’s success, Operation Pentameter II. Nick is a friend of mine and because of that friendship, I followed his work (click here).
How much do you think you’d have to pay for a slave/indentured servant in Tijuana, Mexico? The slave could be used for either male or female prostitution, as a domestic servant, factory worker, etc. We are talking one-time purchase cost. 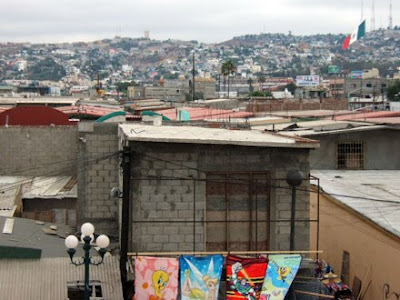 About US$150.00. If it’s a girl, she’s a virgin and she’s pretty, maybe $200.00. Dr. Sheldon Zhang, University of California at San Diego is conducting an academic study on this phenomenon and I put him in touch with people he uses for field research.
Most of the slaves, mostly women, are either kidnapped or purchased from their homes in the interior of Mexico or elsewhere in Latin America. Price at point of purchase: $50.00.
I was task force commander of the Los Angeles Regional Asian Organized Crime Enforcement Team (RGET) (a joint federal/state/local task force) and recall having a new Supervising Special Agent from the California Bureau of Narcotic Enforcement assigned to the unit. He happened to be a black man. I took him to lunch in a Chinese restaurant in Santa Ana, California and he was complaining (mildly) about the assignment. I said, “XXXXX, how do you feel about slavery?”
He replied, “What?”
“Slavery, human slavery right here. Real slaves. How do you feel about that?”
He thought I was joking and laughed, “Lincoln freed the slaves.”
I said, “No, real slaves, indentured, can’t leave, if they run away their family members back home will be murdered.”
I had his attention. I told him to follow me and we walked back into the kitchen where a dozen Chinese men were cooking. The owner moved to intercept me, I showed my badge, he backed down. I told Supervisory Special Agent XXXXXX, these men are all from Fujin Province and they are slaves. There are over 2,000 Chinese restaurants in Orange County, California. Almost all of them use slave labor to prepare food. Multiply that by restaurants throughout the state and country and you get the picture.
The Chinese are smuggled by “snakeheads” who transport the people from China to locations worldwide. The US (called the Golden Mountain) is a favorite destination. The cost of smuggling the people from China to the US, for example, must be worked-off by the person smuggled. For most, it’s a life sentence. And you Canadians who are are feeling smug should take a walk around Toronto or Vancouver… 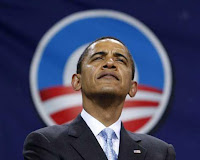 Human slavery is alive and well in the world today and people, including PRESIDENT BARACK HUSSEIN OBAMA, who is really big on the fact that black people were held as slaves in America 150 years ago could care less.