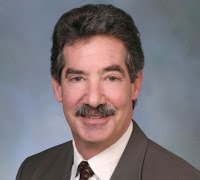 Deputy U.S. Attorney General James Cole declared Wednesday at a conference in Washington that he had “recently directed all components of the Department of Justice to re-evaluate their training efforts in a range of areas, from community outreach to national security.” This “reevaluation” will remove all references to Islam in connection with any examination of Islamic jihad terror activity.

DAG Cole suggested that these training materials did damage domestically:

(DAG James Cole) “One of the many, tragic legacies of 9/11 has been an increase in prejudice, discrimination and hatred directed against persons of the Muslim and Sikh faiths and those who are, or who are mistakenly perceived to be, of Arab or South Asian descent. Some have wrongly sought to blame the horror of 9/11 on Arab-American, Muslim American, Sikh-American and South Asian American communities. It has led to attacks against places of worship and other hate crimes, to job discrimination, and to the tragic harassment of children in our schools.”

Ineffective intelligence and lack of aggression in that collection activity guarantees failure to suppress threats in the future. If you wonder how this blogger has come to that understanding, it’s through having been through this in the past.

Sometimes it seems as though this administration needs to install a glass belly button to see out.

Dwight C. Holton, former U.S. Attorney for the District of Oregon, emphasized that training materials for the FBI would be purged of everything politically incorrect: “I want to be perfectly clear about this: training materials that portray Islam as a religion of violence or with a tendency towards violence are wrong, they are offensive, and they are contrary to everything that this president, this attorney general and Department of Justice stands for. They will not be tolerated.”

The controversial training materials did not claim that all Muslims are terrorists or that all terrorists are Muslims, and it is noteworthy that DAG Cole had to resort to dismissive caricatures to make his point. Never the less, while not all devout Muslims are terrorists, all Islamic terrorists are devout Muslims.
SLEEPER CELLS
Given this situation, how is the Department of Justice and the Department of Homeland Security ever expected to find and neutralize Jihadi sleeper cells before they strike again? It is not “politically correct islamophobia” to conduct intelligence operations against terrorists on American soil. However, the Obama Administration in its zeal to pander to Muslims, is forcing law enforcement to ignore threats from sleeper cells despite evidence that they pose a clear and present danger to the United States and its people.
How is the FBI to find sleeper cells when it is forbidden to examine the motives and goals of the targets that it’s working to exploit — because to do so would be “islamophobic”?

Preventing another Boston style terrorist attack requires that the US Government acknowledge who the enemy is and adjust its rules of engagement accordingly.