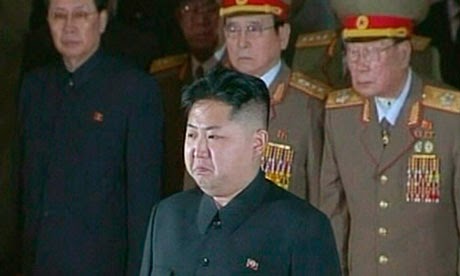 
(Fox News) SEOUL, South Korea – North Korea is warning that the release of a new American comedy about a plot to assassinate leader Kim Jong Un would be an “act of war.”

If the U.S. government doesn’t block the movie’s release, it will face “stern” and “merciless retaliation”, an unidentified spokesman for North Korea’s Foreign Ministry said in state media on Wednesday.

He didn’t mention the movie by name but was clearly referring to “The Interview,” which stars Seth Rogen and James Franco as a producer and talk-show host who land an exclusive interview with the North Korean dictator and are then asked by the CIA to assassinate him.

The “reckless U.S. provocative insanity” of mobilizing a “gangster filmmaker” to challenge the North’s leadership is triggering “a gust of hatred and rage” among North Korean people and soldiers, the spokesman said, in typically heated propaganda language.

The film’s release would be considered an “act of war that we will never tolerate,” he said.

Finally there will be a movie that the likes of Hillary Clinton and Susan Rice can point to as starting a war. They’ve been anxiously awaiting its arrival to vindicate their assertion that a “hateful video” will lead to a shooting conflict —- ever since the Benghazi Scandal made them out to be buffoons. Their cover-up was only swallowed by the liberal “progressive” elite in the nation. The rest of us know that it was pure hokum. It’s funny to watch her blame President Obama for “making her lie to the American people.”

Meanwhile, the USA quakes as North Korea threatens merciless, unrestricted warfare if the film is released. And the movie producers are ecstatic over the free publicity and advertising that they’re enjoying both from Fox News and this very blog.