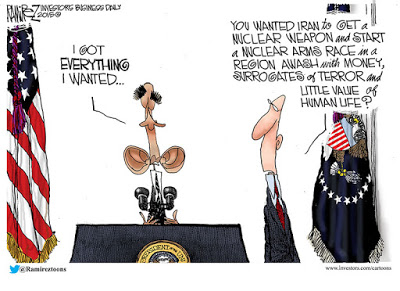 Facebook
Twitter
Pinterest
WhatsApp
Israel exported $6 billion in cyberwarfare/security products. They plan to increase their market share. Unit 8200 is part of that plan. Given that Israel has been “thrown under the bus” by the US in the current nuclear deal with Iran and that both Iranian and other Palestinian hacker groups are ramping up in their attacks on Israel. The US “gift” of $100 billion to Iran as part of the sanctions being lifted is anticipated to help fuel their acquisition of computer equipment for more brutish attacks on Israeli government servers.

(Financial Times) In a searingly hot afternoon at a campus-like new science park in Beer Sheva, southern Israel, I watched as a group of bright, geeky teenagers presented their graduation projects. Parents and uniformed army personnel milled around a windowless room packed with tables holding laptops, phones or other gadgets. There was excited chatter and a pungent smell of adolescent sweat.
This was a recent graduation ceremony for Magshimim (which roughly translates as “fulfilment”), the three-year after-school programme for 16 to 18-year-old students with exceptional computer coding and hacking skills. Magshimim serves as a feeder system for potential recruits to Unit 8200, the Israeli military’s legendary high-tech spy agency, considered by intelligence analysts to be one of the most formidable of its kind in the world. Unit 8200, or shmone matayim as it’s called in Hebrew, is the equivalent of America’s National Security Agency and the largest single military unit in the Israel Defence Forces.
It is also an elite institution whose graduates, after leaving service, can parlay their cutting-edge snooping and hacking skills into jobs in Israel, Silicon Valley or Boston’s high-tech corridor. The authors of Start-up Nation, the seminal 2009 book about Israel’s start-up culture, described 8200 and the Israeli military’s other elite units as “the nation’s equivalent of Harvard, Princeton and Yale.”

With a female IDF minder at my side, I listened as the teenagers described their projects. More than half were boys but there were girls too, and 8200 is open to both. Omer, 19, had designed a USB key that can suck information out of one computer and organise it on another: essentially, a hacking tool. “We made it appear like a keyboard so you can infiltrate any company in the world,” he told me. “It’s a proof of concept.”

The Saudis and Egyptians are playing catch-up in the world of cyberwarfare and remain considerably behind their Israeli ally.

The US has created a bi-polar system in the Middle East where Israel and the Arabs are making common cause against the Iranians, who apparently are backed by their arch enemy, the US. I have absolutely no idea why the US chose the highly unreliable and militarily aggressive to be the “winner” in the Middle East. You’d have to ask President Obama if you want an answer…but he doesn’t give straight answers traditionally.