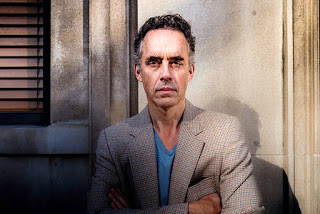 Facebook
Twitter
Pinterest
WhatsApp
DR. Jordan Peterson is one the planet’s great thinkers. He defends his positions like a martial arts  grand master deflecting punches and kicks. Thus he presents a clear and present danger to students who are in the process of being indoctrinated in the Owellian vision that is modern institutions of higher learning.

(This from Spectator USA) In a report in Varsity, the Cambridge student newspaper, which is so craven in its forelock-tugging obeisance to the protesting students it makes Pravda look like the work of John Milton, we learn that Peterson isn’t welcome at Cambridge because it’s – wait for it – an ‘inclusive environment’. (In case you’re not au fait with the current jargon, that means an environment in which everyone looks different but thinks exactly the same.) There then follows a laundry list of Peterson’s unforgivable sins: he believes ‘white privilege’ is a ‘Marxist lie’, that ‘the patriarchy’ is ‘predicated on competence’, that ‘the West has lost faith in masculinity’, that ‘global warming posturing is a masquerade for anti-capitalists to have a go at the Western patriarchy’ and that ‘men are victims of gender oppression’.

In other words, he’s not welcome at Europe’s number one university because he has the temerity to challenge the status quo.

As we know, today’s students cannot cope with being challenged – hence the need for ‘trigger warnings’, ‘safe spaces’ and ‘bias reporting hotlines’. In case you’re in any doubt that this is, in fact, the reason the undergraduates threw up their arms in horror and reached for the smelling salts as soon as Dr Peterson’s name was mentioned, a spokesman from Cambridge University’s Student Union spelt it out in Pravda – I mean, Varsity: ‘His work and views are not representative of the student body and as such we do not see his visit as a valuable contribution to the University, but one that works in opposition to the principles of the University.’

We certainly wouldn’t want young illuminati, elitist, progressive minds contaminated by somebody like Dr. Peterson, who reasonably and articulately presents his position. That sort of person is the exact opposite of the sort of ‘diversity’ that a bastion of modern learning would want on the campus, or in Great Britain for that matter.
What if young minds were infected with Dr. Peterson’s well argued positions? It would be catastrophic. The left can endure no dogma other than its own. The rise of President Trump and the yellow vests across the channel in France signaling nationalism and an end to the globalist elites is enough of a warning.