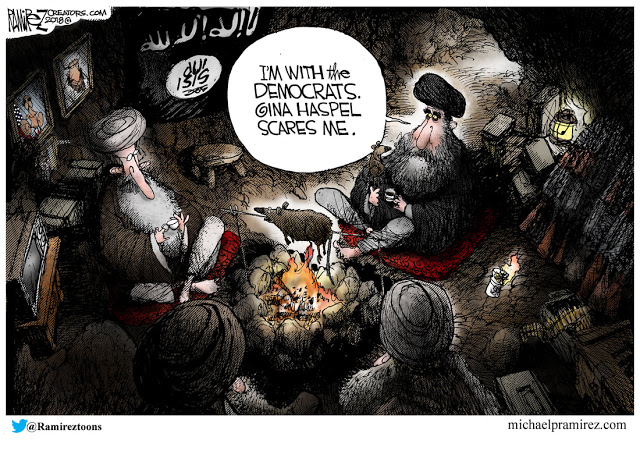 Acting CIA Director Gina Haspel scares Democrats. However they were fine with her back when she was DDCI (number two slot in the outfit). I find it all just a bit amusing.

It was brilliant of President Trump to put forward the name of the ballziest, most experienced, and best placed woman in the CIA to be its first female director, poised to break the glass ceiling.  Now the Democrats have to pick on a woman… Gina should quote Hillary just to punch back – but she won’t.