Is the Declaration of Independence important? 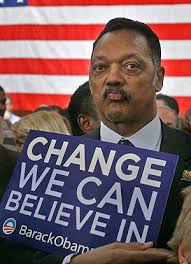 The US Declaration of Independence stands as the cornerstone of the nation. Everything that came afterward was predicated on those principles. To depart from those basic truths is to invite disaster and those who advocate doing so have really missed the POINT of being American.
In a FOX News interview, Hannity speaks with Rev. Jesse Jackson, Democratic Party icon.

The word, “creator” is not denominational. People are all free to interpret that word as they choose. But in this nation, since 1776,  the name of God has never been so completely reviled politically as it was at the 2012 DNC:

We hold these truths to be self-evident, that all men are created equal, that they are endowed by their Creator with certain unalienable Rights, that among these are Life, Liberty and the pursuit of Happiness. That to secure these rights, Governments are instituted among Men, deriving their just powers from the consent of the governed…

It can’t be made any clearer.
In this nation you don’t have to believe in God, but there has been a tradition in which the sanctity of life has been upheld for most of our history. Any movement that so resists that tradition is not a just or moral movement in my opinion.

Take a moment and (LINK) visit MAINFO for Cardinal Dolan’s benediction at the DNC.