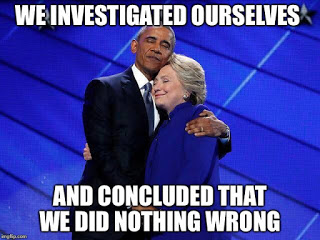 If you read the recent DOJ Inspector General’s report, the corrupt, evil, smug, sly, lying, filthy, elite media “gifted” members of the FBI  in exchange for “leaked information”. In other days those would have been called BRIBES. When you pay a government official for restricted information or when you pay them to perform an official act, it’s called a BRIBE. Changing the names of what is what doesn’t change what it is. Apparently that became the standard way of dealing with the FBI during the years of ObamaNation. Pay to play.  Will it change now?

Barack Obama’s filthy fingerprints are all over the spying scandal on the Trump Campaign, primarily in the so-called unmasking of members of the campaign by Susan Rice, he national security advisor. It needs to get to the top, to the man who called the shots – with all of the scandals. I don’t think that it will. Certainly not with Operation Fast and Furious and other operations that were blessed by the Oval Office. Maybe it’s enough that all that he did during those eight miserable years have been repudiated by President Trump. There really aren’t any achievements for him to boast of in his presidential library and monument to himself…that Chicago is holding up because sufficient juice hasn’t been paid to the people who control the permitting process.

Bang the Gongs and Bark at the Moon
Saudi religious authorities declared they saw the crescent moon, making 15 June Eid al-Fitr 2018. Ramadan is over.
North Korea
There are a lot of mixed reactions to the summit between President Trump and Kim Jong Un. There are a LOT of rice bowls that can end up being broken because of it. Keep that in mind when you hear the reactions. The situation that has held sway for seven decades is being overturned.
Virtual Mirage (your only reliable source for international news) reported (albeit briefly) on the internal security precautions taken during Kim Jong Un’s absence from North Korea. A report published by The Daily NK provided a limited insight into the source of the regime’s concern. Its sample included North Koreans working in China and people in Pyongyang.
In the limited sample, several North Koreans said they had no idea about the outside world. Two wondered why the people were forced to sacrifice so much to build a nuclear force that was to be bargained away. One said he felt deceived. Another person worried that North Korea would be vulnerable to a US attack, if it gave up its nuclear weapons.
Kim Yo Jong, the sister of Chairman Kim, is a vice director of the Propaganda and Agitation Department of the Central Committee, which instructs party cadre nationwide on public indoctrination. She acted as Chairman Kim’s executive assistant at the Singapore summit.
Her department issued instructions that North Korean officials and party cadre may not make individual statements about denuclearization. Lecturers were ordered to only speak as instructed by the Party.
Press control and public opinion control is said to be stricter than ever to guard against negative reactions.
Japanese Reaction
Japanese Defense Minister Itsunori Onodera and US Defense Secretary James Mattis discussed the Singapore summit in a telephone conversation on 14 June. Onodera said Japan and the US need to cooperate closely to continue calling for the thorough implementation of UN Security Council resolutions dealing with North Korea.
He said the goal is to have Pyongyang give up all its weapons of mass destruction and ballistic missiles of any range.
Japanese leaders conveyed concerned about a possible draw down on US soldiers in South Korea. The Japanese leadership favors they remain. While most nations do not pay for the presence of US troops who provide security, Japan does and has.
The Japanese profoundly distrust the North Koreans and prefer a US buffer between themselves and the South Koreans.
Syria and Iran in Syria
In an interview with Iran’s Al-Alam TV on 13 June, Syrian President Assad said he needed the assistance of Iranian and Hizballah forces in Syria. He said they would stay for as long as they are necessary.
Assad acknowledged having received critical support from Iranian advisers and fighters as well as Iraqi Shiite militias and Lebanese Hizballah. He said those fighters were still needed for the government to regain control an estimated 40 percent of the country that is still controlled by rebel forces.
This is tantamount to sending Israel a challenge.
Turkey vs Italy
Italy refuted Turkey’s fake news. A spokesperson for the Italian Ministry of Defense told the press that Italian troops were not in Syria. Turkey’s state news agency Anadolu claimed on 13 June that Italy had sent troops to Deir ez-Zor province to “support the YPG/PKK terrorist group.”
The Italian government refuses to take any more illegal immigrants from Islamic countries. Turkey concocted a lie to make Italy a target for Muslim outrage. Turkey manages the flow of illegals to European Union countries to support President Erdogan’s Islamist and authoritarian administration.
______________
______________ 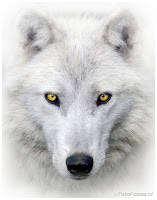 Friday begins my Father’s Day Weekend. No more travel, no more stress. ‘Home is sailor, home from the sea, and the hunter, home from the hill.’ Today, I’m taking one set of grandsons to see the new Star Wars film, Solo. I am ambivalent on the matter, but the boys are excited. Sunday many of the daughters and grandchildren will gather for a hamburger/hot dog BBQ.
There has been push back. One person called with a lot of needs that I should attend to this weekend –   which were met by a “poor planning on your part does not constitute an emergency on my part” style response.
Construction of the shack at the White Wolf Mine continues endlessly, and the bills roll in, endlessly. I’m pleased to be such a big part of the economy in the Arizona highlands… The general contractor has never dealt with the installation of Sub Zero/Wolf appliances. They send their own team in to do it. I guess there has been some friction. It’s a learning experience. The fire pushed the completion date into September.