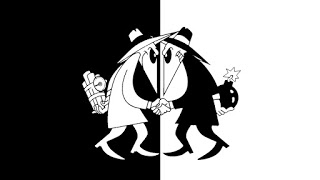 Facebook
Twitter
Pinterest
WhatsApp
War as an Option (understanding historical contexts)
Hillary Clinton wanted a war. She wanted to be a ‘war president’ because you can gather more power to yourself during a war.

Example: FISA was approved following the attack on 9/1/2001 and it’s still in place. We all know that it was the source of FBI/government abuse with fraudulent affidavits submitted to spy on the Trump campaign.

President Trump took the opposite approach during his campaign and has approached peace as the ideal during his presidency – while maintaining vigilance (the price of freedom).  Obama (demigod of the progs) chose appeasement as a solution but we know that is only a path to war.

Example: British Prime Minister Neville (Peace-in-our-Time) Chamberlain chose to appease Hitler as he gobbled up Europe and was to blame in part for Britains inability to contain Hitler before that tanks swarmed the Sudetenland, Austria, Poland and were taking France, Belgium and the Netherlands.

Progressive people take the wrong lessons from history (i.e. Marxism works) and forget the practical course for long term peace and prosperity. President Trump is on the right side of things. He reads history and understands what has and what has not worked in the past. Only by understanding what was done wrong and what did and did not work, can we craft a path for the future.

Spying
I approve of spying (war by other means) and whether or not I approved of it, nation states will engage in it.
Anyone who has dabbled in the dark arts will enjoy the rich hypocrisy that the corrupt, evil, sly, lying, smug, elite mainstream media and the “progressive empire” as best typified by Rep. Maxine Waters and Sen. (Crying) Chuck Schumer. We meddle in the Russian’s elections, and the Russians meddle in ours. Barack Obama (oracle of the progressive movement) signed a classified finding that directed the CIA to meddle in Israeli elections with the goal of removing PM Benjamin Netanyahu from office.
Of course, the Russians try to meddle. Did President Trump collude? Of course not. But the FBI took out an “insurance policy” to remove him from office so that he could be disposed of in the (then) unlikely chance that he won.
The Propaganda Machine
In the US, the propaganda machine is a wholly owned subsidiary of the Deep State, which means that the presence of President Trump in the White House is something that must be opposed by any and all measures possible. 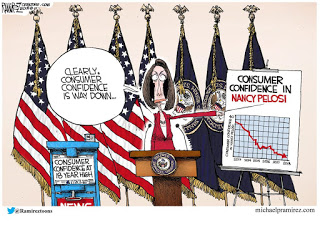 The Deep State profits from unfair tariffs, so they wish them to continue, irrespective of the trillions of dollars that the US hemorrhages. Thus the situation at the G-7 Summit deeply disturbed them. There is a rule of thumb. A litmus test if you will. Whatever CNN/MSNBC opposes or mocks is likely a good thing.
Winning back Congress is something that the Deep State must do if they plan to stop President Trump’s agenda. The Donkey Party (or Ass Party if you will – brings to mind an orgy on somebody else’s dime.) suggests that the key to the future is raising taxes and opening the US borders to any and all to come on in. How dumb are the American people? It remains to be seen.

Alec Baldwin thinks that he can be the next president. Madonna should run as VP to keep things in the Screen Actor’s Guild family. It’s the next big Donkey strategy…