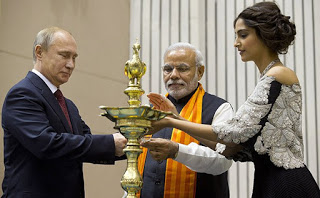 When I grow weary of Hillary’s criminal misconduct, Barack’s conniving and laziness and the shrill claims by the mainstream media on Donald Trump, which has dubious sourcing for the most part, I default to what the news is not reporting.  In the days of Huntley/Brinkley, etc. there was an effort to report on what was going on around the world. That’s been gone for a long time.

Now if we want the truth, we need to turn to sources such as WikiLeaks. While the craven media takes on the mantle of the “Ministry of Truth”, we need to look elsewhere to try and ferret out and analyze world events that do have the capacity to influence our lives.

The US Strategic Command said it detected a failed missile launch attempt by North Korea on the afternoon of October 15, Korean time.

The North attempted to launch a Musudan intermediate range ballistic missile from Kusong in northwestern North Korea. The missile failed to launch and detonated on the ground, the US said.

This was the seventh Musudan launch attempt this year. The only success to day was on 22 June, when the missile traveled 250 miles before splashing into the Sea of Japan.
The location of the attempt is noteworthy. Kusong is the location of a Musudan missile base, according to a defector. It is not a test site for a missile under development. This launch attempt was probably a reliability test of a missile at the Kusong missile base. Based on the six launch failures this year, North Korea has serious problems with the Musudan, which is a key component of its strategic deterrent.
There has been no word of executions ordered by Dear Leader, but those are usually small, private affairs that are kept quiet except to those who hear the gunshot, knowing that they just got the vacated job.

Indian Prime Minister Narendra Modi held bilateral talks with Russian President Vladimir Putin ahead of the eighth BRICS Summit in Goa. This was the 17th annual summit between the Russian and Indian heads of government. The signed agreements on energy and defense worth billions of dollars and revive the relationship.

Under the biggest agreement, a group led by Russian state oil company Rosneft (ROSN.MM) said it would pay $12.9 billion for a controlling stake in both India’s Essar Oil and the port facilities that it owns.
In the joint statement issued after the summit, President Putin described the energy relationship with India as an “energy bridge.” Prime Minister Modi and President Putin participated in the activation of a second Russian-built nuclear reactor at a power complex and poured concrete for the third reactor unit.
Russia and India also announced plans for a joint venture to build utility helicopters in India. Indian military officials said the joint venture plans to build at least 200 Kamov 226t helicopters required by the country’s defense forces. Hindustan Aeronautics Ltd will be the local partner of Russian Helicopters and state arms exporter Rosoboronexport.
India said it also would buy Russian air defense systems. The S-400 air defense system would strengthen India’s defenses along its borders with China and Pakistan, Indian military officials said.

The two also agreed on plans to build and supply stealth frigates for the Indian navy. Russia’s Deputy Prime Minister Dmitry Rogozin, who is in charge of space and military industries, said two frigates could be built in India and two in Russia, RIA news agency reported.

Putin intended to revive Russia’s longstanding strategic partnership with India. He came well prepared and appears to have succeeded. The joint statement after the summit addressed enhancement in nearly every field of bilateral cooperation. President Putin decisively sided with India on all issues related to terrorism, including, and specifically, on the terrorist attack on the Indian Army base at Uri in Kashmir on 18 September.
The energy agreements are particularly important for the Modi government which is trying to jump start economic progress by expanding the electricity grid. Putin also took advantage of India’s policy of avoiding reliance on a single arms provider to reinforce weapons cooperation.
Indian acquisition and deployment of the S-400 air defense system, which is being used to protect Russian forces in Syria, would neutralize much of the Pakistani missile threat.