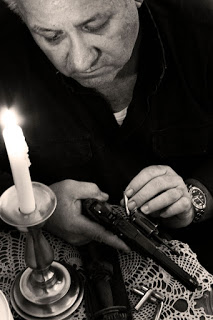 Facebook
Twitter
Pinterest
WhatsApp
THE OLD WHORE (Chapter 21), A Novel of Cartel Wars
Submitted for your entertainment while I’m on walk-about.
Sime (The Butcher) Boukalas ran one of three Macedonian hit teams who worked for Costas Lygeros a Greek boxing promoter, living in Istanbul. They called him the butcher both because he had been a butcher by trade and because of his lack of discrimination when taking out a target. Innocent bystanders were fair game when Sime Boukalas went to work.
The Mexican job turned out to be one of the most difficult that he’d undertaken in his twelve-year career as a professional murderer. Language became an issue and none of the usual crew spoke anything close to Spanish. As a result, he had to dig deep in his rolodex and pull up people that he would not normally take on a job.

They had been in Mexico for two days when he sent the three young gunmen to scout a club that Costas Lygeros told him had promise for intelligence information that might aid them in their efforts to locate the drug kingpin that they were instructed to kill. While members of Cartel Mexico Nuevo Generación hung out in the club from time to time, there were low-level street dealers that peddled smack on the street in Mexico City. Nevertheless, Sime sent his men in to reconnoiter the place and get used to the environment.
Ilarion and Hristo spoke Italian, which was close enough to Spanish, and Matej spoke Castilian, which is the only reason that he got the job. Sime always felt that Matej was a bit of a loose cannon—by Macedonian standards.
Matej, Hristo and Ilarion walked down two flights of stairs to Club Doña Esperanza, a hip-hop dive in the La Merced district of Mexico City.
In the basement dungeon, the deep bass vibrated the steel fillings in their teeth and the oppressive humidity and heat told them that they’d be able to mix business and pleasure. Wall-to-wall people from their late teens into their twenties mashed hard to the beat.
Hristo felt more at home in the club than Matej and Ilarion, his country cousins. This was how he grew up, the atmosphere of the club inspired him to violence, and it felt like mother’s milk to him.
Squeezing and pushing the people in the surging mass, out of their collective minds on Ecstasy, Hristo found the unisex toilet. When he walked in, it took him a moment to get his bearings. The room was large, no privacy barriers. A corrugated metal trough for men to pee in had been pegged to the far wall, but a woman squatted there, perched on the urinal, relieving herself. Half a dozen porcelain thrones lined the other wall. A man sat on one, and a woman on another.
A girl washed her face in one of several sinks propped on a plywood platform, her short dress far too short to hide her sex.
Taking the opportunity, Hristo hurriedly unbuckled his trousers and attempted to mount her. The girl seemed surprised at first, but generally pleased.
Matej was three minutes behind his cousin Hristo and found him fucking a girl on a filthy sink, fast, almost frantic. The girl, her brain gone on drugs, encouraged his cousin, moaning as Hristo banged her head against a polished metal mirror over the sink with each thrust.
She started screaming with pleasure as she came, Hristo pulled out and back, reached down into the pocket of his trousers, now around his ankles, drew out a small semi-automatic pistol and shot her in the head.
Matej shook his head. Hristo only seemed to be able climax when he did it like that. Pulling his own automatic, he wasted the three other people in the toilet: One round each to the chest, one round to the head. Then he grabbed Hristo and helped him pull up his pants. They met Ilarion on the way out.
“Not again?” Matej couldn’t hear anything but he understood his cousin’s question. He nodded ‘yes’ and Ilarion grabbed Hristo in a playful headlock.
Matej shoved them both, motioning toward the way out. People began to gravitate toward the toilet because a girl started screaming. Even though most were too wasted to see the bloody corpses and understand that they were genuinely dead, some of them might not be. Eventually one of them would raise an alarm. He wanted to be out of the club by then. Even in Mexico these days, Matej felt certain that four execution style murders would catch people’s attention.
Out of the club and down the street, Matej punched Hirsto in the nose, but not hard enough to break it. “We’re here to work, not for you to practice your kinks on the locals. You’re supposed to be a professional.” 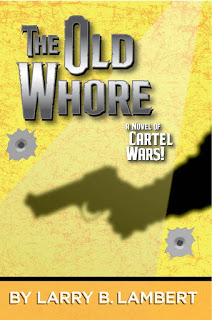