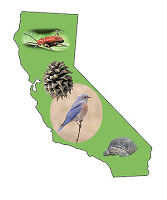 As contemptible as some California politicians seem to be (Gov. Jerry Brown and Sen. Barbara Boxer being some of the most notorious), the state’s bankruptcy would increase the federal deficit because California would no longer be a donor state. Taken as a world economy, if California was a nation on its own, it would be the eighth largest. Is is the largest of any US State, even though it is clearly a state in decline. (source – LINK) California’s GDP is roughly equal to France.
State Bankruptcy would mean that all California’s revenue would be kept inside the state and used to bring it’s financial house into order. Those outside California who gleefully hope for its demise might want to think twice because it would benefit that state at the expense of the other states.
I am not suggesting that California is too big to fail. I am suggesting that if it fails, and reorganizes, it will become stronger at the expense of the rest of the country.