Should Old Acquaintance be Forgot? 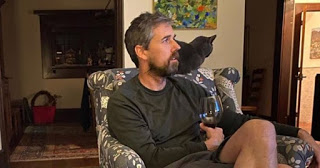 Facebook
Twitter
Pinterest
WhatsApp
There isn’t much left of 2019, and before we ring in the new year, it’s time to break out the good Martinelli’s sparkling cider in paper cups (no plastic straws) for my blogging friends. Feel free to help yourself to the microwaved Costco mini-corn dogs that Fredd’s Aunt Sally nuked (partially – you can chip a tooth on the semi-frozen corndog minis). Only the best for all of you. Don’t worry, you won’t be invited to the wine cave since that’s now politically incorrect. It’s not that I wouldn’t want you guys turning $900 bottles of Bordeaux into wine coolers by adding 7 Up and shaved ice…I just can’t give you the key because of politically correct sensibilities. You understand.

Nobody ever said that I didn’t know how to party.

Meanwhile, a guy in El Paso, who has spent his adult life living on his wife’s multi-million dollar trust fund is coming down from what must be a wickedly insane acid trip where he imagined that he ran for president.

It’s like sitting on the open air veranda of a luxury hotel in Phnom Penh during the communist revolution of Pol Pot, watching the conscripted kids ride out of town in Coca Cola trucks to get killed. Years later, it’s surreal. Days of auld lang syne?

So as we take the bottle opener to yet another festive apple juice, we can reflect on all of the young college nerds who will be “the future leaders of America”. Those tragic young souls who are triggered by just about everything will be taking the reins of power and deciding what the healthcare of the older generation will really be like.

December of 2019 has showed you how much your Chevrolet hates you. It’s true (more here). The Washington Post hacked a Volt to prove its point. There is something to driving an old (and relatively dumb) vehicle, that is not embedded with spyware. I could envision a convoy of new, cool 4×4’s on their way to Virginia to support 2A being shut down on the Interstate from space if Hillary had won the last election.

Or maybe just all vehicles owned by deplorable people because of their danger to the woke population? 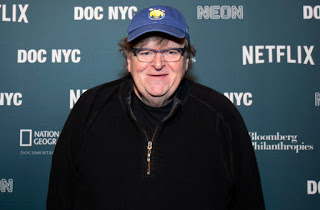 The Hollywood sion, Michael Moore, who lives primarily on his trust fund has declared publicly that firearms owners pose a real threat. If that was true, Fat Mike would have been planted six feet down with a mouth full of dirt.

But he’s alive and he never left the US as he promised to do when President Trump took office. So he’s not only foolish, he’s a liar.