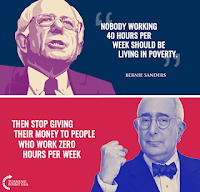 Virtual Mirage has been around for a while. I thought (possibly because I’m out of town and too lazy to be creative?) that  pointing you at some older articles that appeared in December might be interesting then again, it’s sort of the same old drivel except that it’s older. I’m including graphics from previous holiday season postings.
Dinner – Because Everyone has to Eat
Dinner at the Brass Monkey – December 20, 2015 – A fictional, or possibly not so fictional short story set in the Philippines almost two decades ago.

It was the year 1999, just before monsoon struck the Philippines. The clouds rolled in off the ocean black, and angry and the humidity must have been close to one hundred percent. By night time, you couldn’t see the clouds, but you could feel them moving overhead.

Dinner in the Makati City District didn’t begin until ten at night. Every dinner in Makati is a power dinner with somebody wanting something from somebody else. I arrived at the Brass Monkey early. A fat, dirty police officer carrying a pump action riot gun moved aside when I walked up.

“Sergeant Santos,” I replied with a nod of mine. Having a reputation with the police in Manila was a prerequisite for success at any venture. My mojo remained intact. I wore a baro, long enough to cover my .45 Colt, but it didn’t disguise the bulge. It wasn’t meant to. A Colt 1911A1 was and remains a fashion statement in the P.I… 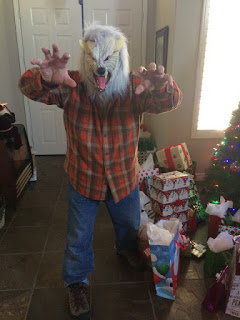 There are two kinds of people in America. Those who celebrate Kwanzaa and racists – December 26, 2014.

I don’t know what you will be doing on the First Day of Kwanzaa in 2018, but four years ago, I chose not to celebrate.

It might have had something to do with a white wolf that was seen hanging out around the presents on Christmas, terrorizing small children, and so forth, looking for a decent plate of beef chow mien. Those of you who are confused at the Christmas photo (left) and the reference to eating Chinese food – cultural appropriation in 2018 – need to roll with it. If you see a werwolf prowling around your kitchen door, for the sake of all that’s holy, (thus your sermonette) DO NOT LET HIM IN.
In 2014, the Obamanation was in full swing and nobody thought that we’d ever see anyone talking about Making America Great Again. Hillary, the wicked crone, was said to be the safe bet for the national election in 2016.
Back in 2014, I posted a blog about Sky Burial, Friendship and the Season because I have weird friends. In 2014, I did not think that there would be a White Wolf Mine in the Central Arizona highlands, but from all accounts, I should see a certificate of occupancy issued by the County on the 20th of December. Will weird friends visit? Possibly. All the more reason to beware.