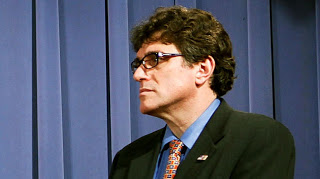 Facebook
Twitter
Pinterest
WhatsApp
Acting Internal Revenue Service Commissioner Steven Miller proffered his resignation to Treasury Secretary Jacob Lew and President Obama in an effort to put water on the fire that the IRS started by intentionally targeting President Obama’s political enemies in 2010.
The IRS Scandal is only one of many that the president has had to weather recently. The Environmental Protection Agency is alleged to have engaged in the same pattern of corruption that IRS did.
Treasury Secretary Jacob Lew replaced Secretary Tim Geithner (who may have had to throw himself under the bus for President Obama had he not resigned his post earlier).
“Americans have a right to be angry about it, and I’m angry about it,” Obama said from the White House.  …Sure…

Meanwhile, The House of Representatives is pushing their investigation forward along side a Department of Justice criminal investigation of the IRS employees involved in an effort to find facts and if they warrant, to bring those employees to trial in a criminal proceeding. 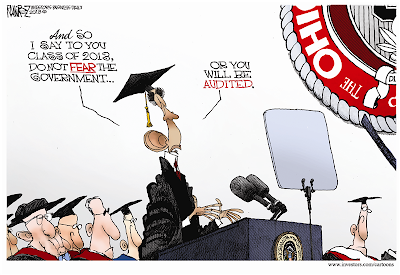 Attorney General Eric Holder was on the stand today in Congress. Holder, is alleged by many to be the architect of the Fast and Furious Scandal in which the US Government secretly sold arms to Mexican Drug Cartels through straw buyers. USGOV hoped to use those firearms as proof that US Arms were being sold to drug cartels – and advocating harsher gun control measures. This time he wasn’t answering questions (and lying) about what he knew when in the botched ATF operation.

Holder was held in CONTEMPT OF CONGRESS on the Fast and Furious matter. Now, presumably he’s no longer in contempt for LYING to Congress?

In a House Judiciary Committee hearing that examined a new set of scandals. Holder Congressman Darrell Issa grilled on Holder on a series of allegations, including the way the agency tried to find out who was behind a government leak to The Associated Press.

(FOX News) The AP, along with several lawmakers, say the Justice Department infringed on the constitutional rights of the press when it secretly obtained two months’ worth of phone records. Lawmakers tried to get answers out of Holder Wednesday but voiced frustration after Holder repeatedly rebuffed questions by claiming he wasn’t involved in the decision-making process. 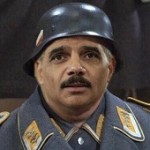 It’s interesting that any time things go wrong at DOJ, the boss, AG Holder had no knowledge of the situation that led up to the scandal. That raises the question of whether he’s lying or merely incompetent and asleep at the switch. (photo right — Holder knows NOTHING — NOTHING!!)