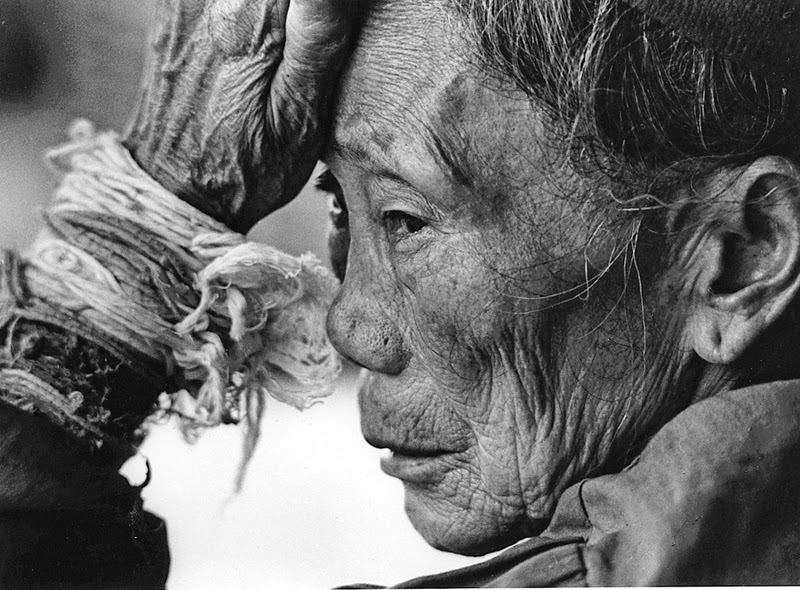 Facebook
Twitter
Pinterest
WhatsApp
For distant places and people during a long forgotten war – for Memorial Day (in the USA)
This is an appendix to my book, White Powder: A Novel of the CIA and the Secret War in Laos. But I thought that it might do, given the theme day.

There are a lot of forgotten little corners of the world that have seen war. While history and most historians focus on the big shows, the price paid in human suffering and national treasure in small wars remains something that haunts me personally. Small wars are almost all proxy wars, where a big power enables small people to fight their small war. Once the men are all dead, boys (and girls) will do. The average Laotian 14 year old looks a lot like a 9 year old in the West. But if they can carry and operate the weapon, it worked there in precisely the same way as it works in most modern small wars in Africa.

So this is to the small people in small places who were wheat, in-between the stones, when the large powers collided.
The War in Laos

In 1945, the United States transported the French Army to Indochina to reclaim the colonial possessions they lost to the rampaging Japanese Imperial Army during the Second World War. Ho Chí Minh’s dreams of an Indochina free from foreign domination were dashed and his Viet Minh began a guerilla war with the French forces, which continued to receive support from the United States.
On May 7, 1954 the French suffered what was to be their last major loss in Indochina at Dien Bien Phu. Following their defeat, they slowly withdrew from Viet Nam, Laos and Cambodia. Nature abhors a vacuum. In December 1955, the US Department of Defense established a disguised military mission in Laos called the Programs Evaluation Office (PEO) to get around the prohibition against foreign military personnel imposed by the 1954 Geneva agreement, which the United States had pledged to honor. The PEO worked under the cover of the civilian aid mission and was staffed by military personnel and headed by a general officer. 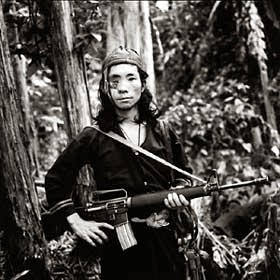 Between 1955 and 1961, the PEO gradually supplanted the French military mission in providing equipment and training to the Royal Lao Army. With increasing numbers of Laotian officers receiving training in Thailand and at staff schools in the United States, there was a perception that the French military mission in Laos was a relic of colonialism. In 1959, 107 United States Army Special Forces soldiers of the 77th Special Forces Group (SFG) entered Laos in civilian attire and Operation Hotfoot began with the aim of providing ongoing training to the Royal Laotian Army in the field. In April 1961, the PEO was upgraded to a Military Assistance Advisory Group (MAAG), its members were allowed to wear uniforms, and the operational name was changed from Hotfoot to White Star.
By the summer of 1960, Civil war had broken out between paratroop commander Kong Le and General Phoumi Nosavan. The Communist Pathet Lao supported Kong Le, while the US military and Central Intelligence Agency lined up behind Phoumi. Admiral Harry D. Felt, Commander in Chief of the Pacific Fleet, put it this way: “Phoumi is no George Washington. However, he is anti-Communist, which is what counts most in the sad Laos situation.”[1] 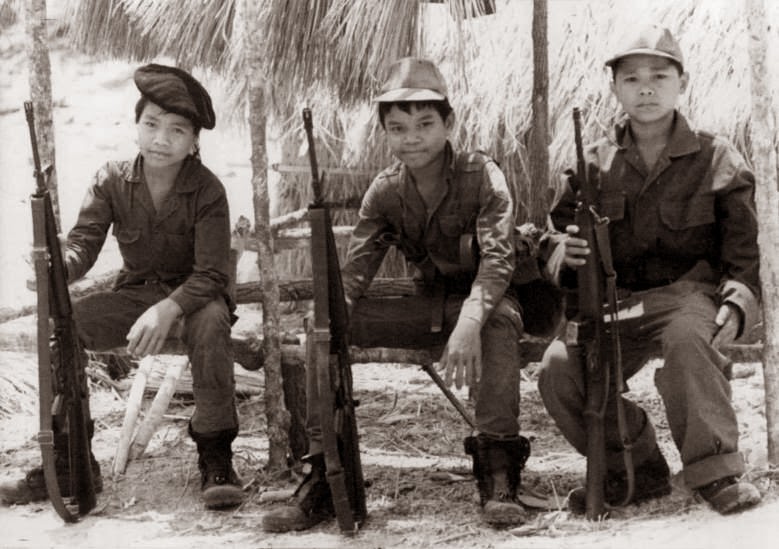 At a meeting in Vienna in June 1961, President John F. Kennedy and Soviet Premier Nikita Khrushchev issued a joint statement of support for a neutral and independent Laos. At the same time, negotiators met in Geneva to try to work out the details. It seemed evident to the US Delegation that only United States personnel in Laos could ensure that the Royal Lao Army was capable of meeting the threat posed by the Pathet Lao backed by North Vietnam and the Soviet Union.
In 1961 the Viet Nam War wasn’t the lead story on the evening news and wouldn’t be for three more years. The developing war in neighboring Laos was never to make a headline. It was a secret war, managed under the auspices of the Central Intelligence Agency. In Laos, the only cash crop was opium. Opium grown in Laos was purchased and refined by the Corsican Organized Crime Group known as the Unione Corse in clandestine laboratories in France and later also in Viet Nam. The distribution network it spawned was later coined The French Connection in popular print and film in the United States.
[1] Admiral Felt is quoted in Edward J. Marolda and Oscar P.
Fitzgerald, The United States Navy and
the Vietnam Conflict: From Military Assistance to Combat (Washington, DC:
Government Printing Office, 1986), pp. 24-25.