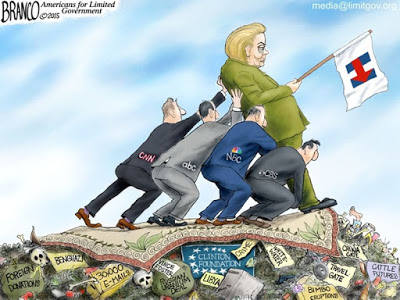 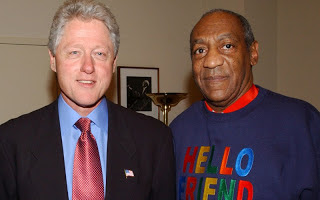 Now that the popular comedian and “America’s dad”,  Bill Cosby, has been indicted for rape for one of fifty-two women who have come forward, he’s more toxic than ever.

To his credit, Bill didn’t drug the women that he raped (as far as we know), but Clinton had State Troopers present on the other side of the door to intimidate the women, clean them up and take them home. Cosby didn’t do it with the might of the State behind his recreational assaults. 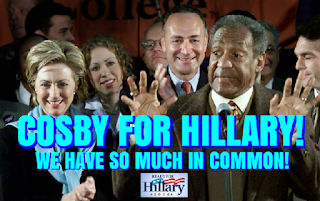 If it wasn’t for that one blue dress that he hosed down, Bill might have gotten away with all of it. But that old impeachment, even though it never went through, is haunting both Bill and the Missus now that she is running for president – and accusing Donald Trump of sexism.
Hillary apparently never learned that when you live in a glass house or want to live in a White House, best not to throw stones. Or if you must, pick the rock carefully.
I don’t know whether or not Bill Cosby openly endorsed Hillary, but we know that they are friends. And the Bill Clinton/Cosby connection will be made over-and-over-and-over again…so long as Hillary plays her Trump card.
Hillary’s record of complicity with Bill’s philandering and her substantive cover ups have been well documented and were portrayed as art in the feature film, Primary Colors (link). 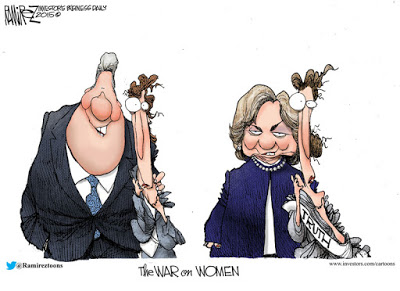 Forty years (and counting now that we’re in 2016) provides a telling track record of skulduggery. 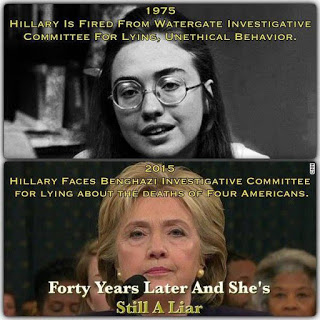