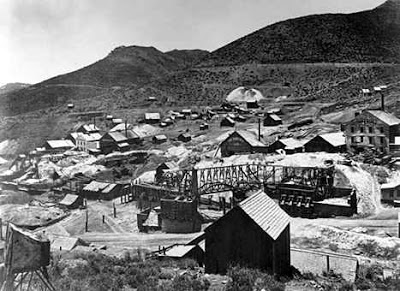 Facebook
Twitter
Pinterest
WhatsApp
On the road to the White Wolf Mine, you will pass through the (almost ghost) town of Hackberry. Today Hackberry has a post office, which serves 68 residential mailboxes with the zip code of 86411.

Hackberry, Arizona Territory (1879)
Context and Precedence
Hackberry dates back to 1864 when prospectors set up a mining camp on the east side of the Peacock Mountains. After having discovered rich deposits of silver, the Hackberry Silver Mine was soon established, named for a large Hackberry tree growing near a spring adjacent to the mine. Before long, the valuable ore warranted a five stamp mill, which quickly doubled its capacity. Reportedly, this rich vein was about 400 feet in width and large amounts of silver were taken from the mine.
Today it is part of the Road Less Traveled, which is how you get to the White Wolf Mine on Arizona’s Mogollon Rim.
The only way that these businesses stay open is when the infrequent travelers stop and buy something. It’s important to stop even though you are rushing from Point A to Point B with oh-so-important things to do.

(There is nothing to purchase at the White Wolf mine. Going there and screwing with the old miner will buy you nothing but trouble. The best case you can hope for is having scripture read over your cooling corpse before you are rolled into a shallow grave in Boot Hill**.) 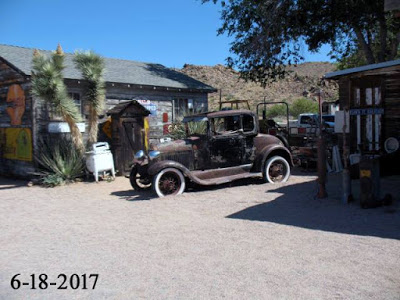 Back to Hackberry…
Expanding your self-guided tour of the area in your high-clearance four wheel drive vehicle means that you will discover things previously discovered and then forgotten. Such is the nature of the road less traveled.
The general store has been around since 1992 and was established Hackberry became “gentrified”. Hackberry is not all that far from Oatman. If you follow this blog, you’ll recall Olive Oatman’s ordeal and the city named for her. (here)
If you’re going into the Mojave Desert from Hackberry, the sign warns that you have 300 miles of desert ahead of you… 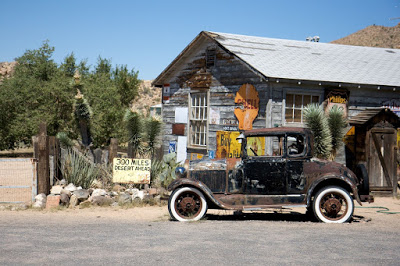 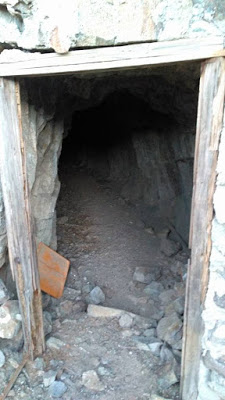 There are a lot of mines in the area. It’s one of those things where you proceed at your own risk. However, shoring that worked 150 years ago is likely to be less stable today and you could find yourself buried under a mountain if you don’t exercise extreme caution. As for me, taking a photo is exploration enough.
Then there is the matter of art – which some would say is where you find it. I am not an ‘art philosopher’ like our fellow blogger, Juliette/Jules, so I stick to the capture of a moment for its own sake and leave the philosophizing to either a Sunday Sermonette or just to your own interpretation.
Sometimes it’s art, and sometimes it’s just a rusty water tank on a hardscrabble farm that wasn’t able to make it to the extent that the owner might have hoped.
There’s always hope in the future, though, because the windmill is a new one, perched on an older tower, pumping water for the livestock.
One thing that the desert never has too much of is wind. Don’t get on a global warming/cooling rant here. It’s just wind. 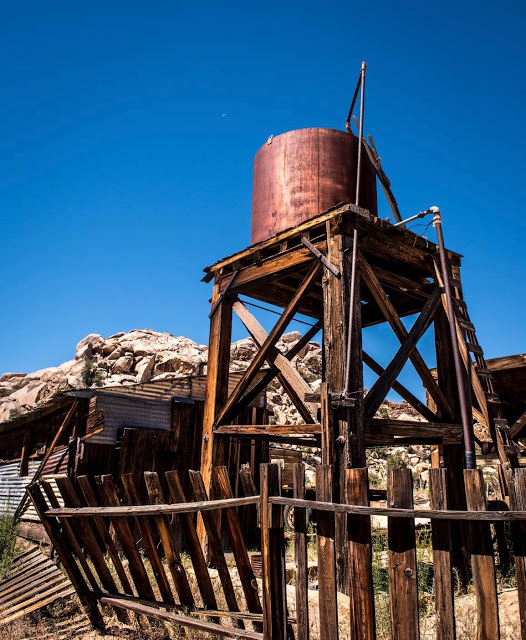 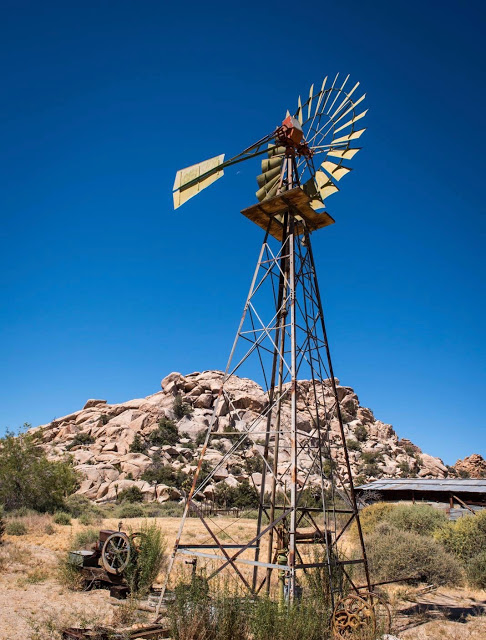 ** The most notable use of the name “Boot Hill” is at the Boothill Graveyard in Tombstone, Arizona. 31°43′11.6″N 110°04′13.6″W Formerly called the “Tombstone Cemetery”, the plot features the graves of Billy Clanton, Frank McLaury and Tom McLaury; the three men who were killed during the gunfight at the O. K. Corral.

Living in the Modern Worl...