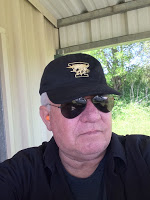 Facebook
Twitter
Pinterest
WhatsApp
It’s Saturday, some of the world isn’t working and that would include me as well. So I’m musing about this and that.

We all know that it takes neither brains or talent to be the US President, but what about the British Prime Minister? On Juliette’s Blog, I read (her account) of Sir Winston Churchill walking out into the garden, standing there with the snake deployed and pissing on the roses while the maid gazed on.  It made me think that if I developed that talent (which Barack may not have since he pees sitting down) that I could be a great politician.
If I had a seizure, fell and hit my head, maybe I too couldn’t remember anything, and I could be the Democratic Party’s contender — and I could lie to the FBI without recourse. Who says that fits can’t be profitable? I need to learn to foam at the mouth and do the chicken if I want to succeed.
Nuptial Bliss and Warming a Chair
Friends invited me to their daughter’s wedding in downtown Santa Ana last night. The “wedding chapel” was a converted warehouse in an area where industrial meets the ghetto, not far from the courthouse where I used to work. Friday afternoon traffic in that part of California is something to behold. Manhattan, Mexico City, Athens, Beijing and London are not worse. I’ve done them all.
You may ask yourself how good of friends they were to invite me to fill a chair. I’m beginning to wonder. The bride, a former lesbian, was turned straight by a Chinese guy whose parents don’t like the parents of the bride, so that was all fun to watch. It was not an open bar, but the small plastic cup of fountain Diet Coke was fifty cents…yes, that kind of wedding.

The food was served in two stations. Fish head soup and noodles on one side and sliders with french fries on the other.

The minister was a few bricks short, inappropriate and did everything except slap on an emergency clown nose. I found out from his monolog that he’s the preacher at a local rescue mission. Then it made sense.

After a slice of dried out cake, and some clapping at the first dance, the this and the that, I slithered out through a side door to battle traffic home. The friends came to my daughters weddings and I had to reciprocate. I brought a cash gift to pay them back for the re-gifted toasters and crock pots that they gave my kids.
Social Justice 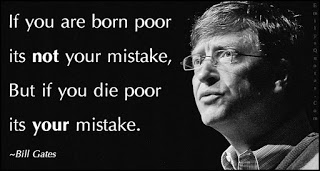 Bill Gates, a liberal, weighs in and sounds conservative. Naturally he’s correct.
And the residents of the greater Charlotte Mecklenburg area are taking Gates’ advice and enriching themselves at the expense of the local merchants — and leaving a Molotov Cocktail on their way out the door. Somehow, I don’t think that’s what Gates was talking about.
Grandkids 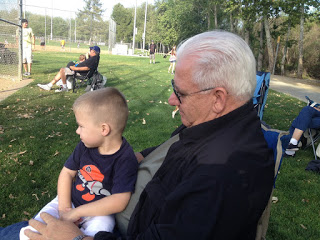 It’s fall, and all of my grandchildren play sports. Attending those games is always enjoyable. I shout, encourage, and am the perfect grandfather. I excoriate the competition and excuse their occasional fumbles and stumbles.
There are T-Ball, soccer and flag football games to attend and all of that is very important.
At the end of the game, there is the inevitable visit to the snack bar where grandpa buys (no Skittles anymore), a hot dog, etc for the kids. Because that’s what grandpas do.  There is a picnic of sorts as the kids eat their hot dogs and juice box. Then a return to the snack bar for an ice cream cone before handing them off to Mom and Dad. Sometimes there is chocolate for the road (to torture Mom and Dad). 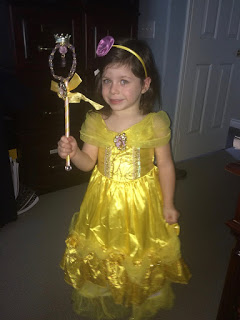 The big ramp-up to Halloween is underway and my two granddaughters who live with me are no exception. Savannah walked into my den the modeled her new princess dress and wand (right), giving you a glimpse of both my sweet granddaughter and the interior of the Bat Cave.

The granddaughters will be both be princesses and the grandsons will be various super heroes and mutant ninja turtles, which are heroes to reptiles worldwide.

The annual candy harvest is something that is looked forward as being only a stepping stone away from Christmas (the big haul).

Gary Johnson is a fool.

Yes, you never Trump people…rally around Gary Johnson. He’s a doofus. (see “Finding a New Career” at the top of the page) A Clinton administration would be like a pig rodeo, but Johnson. Really?

There are some good people in Congress who I think would have made credible candidates for the US Presidency, but they were either honest (and didn’t have the backing of the corrupt machine or Wall Street like Ted Cruz), or lacked general support. There was Jeb! the dynastic candidate who nobody wanted – and according to Fallon, is driving an Uber to make ends meet these days.

Clinton should be in prison, Johnson should be managing a fast food restaurant. Stein is a good comrade and crusader/community organizer in addition to work as a medical doctor with a coat hanger in one pocket and a stethoscope around her neck.

At least Donald Trump has his heart in the right place, backs the Second Amendment, and has met a payroll and knows what it’s like to have the government boot on his neck. He’s the only option and all he wants is that America be great again.