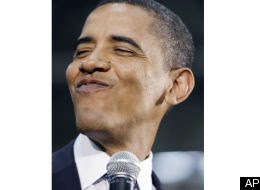 Facebook
Twitter
Pinterest
WhatsApp
The mainstream media is all but ignoring the situation in Gaza, likely because none of the participants to the action feel that the Obama Administration has any credibility to influence any portion of the conflict. They made themselves irrelevant. Therefore, covering a conflict that will only underscore puerile incompetence on the part of President Obama’s foreign policy is not in the MSM’s interest.
The president is far more interested in NOT losing control of the US Senate in November, as polls continually predict. Thus, fund raising takes precedence over the requirements of the Office of President.
Meanwhile-
The Israeli security cabinet held another late night session on 30 July to decide the next phase of Operation Protective Edge. It agreed to intensify the attacks, the fourth escalation order since Operation Protective Edge began. It also approved another reserve call-up. An additional 16,000 soldiers are being recalled to active duty, raising to 86,000 the number of reserve soldiers committed to Protective Edge. This is about one-fifth of the reserves. The 86,000 does not include large portions of the active duty force that also are engaged in combat operations. Finally, the cabinet said it will continue to observe periodic, brief humanitarian ceasefires.

On Wednesday, three Israel Defense Force soldiers died in combat, bringing the total to 56 soldiers killed and 3 civilians. Palestinians fired 80 rockets on Tuesday and 84 on Wednesday. At least 2,770 rockets have been fired at Israel since 8 July, according to the Ministry of Foreign Affairs website. The number of Palestinians killed is now estimated at 1,400.

The weird progressive left, championed by Rep. Nancy Pelosi (D-CA) suggests that Hamas may be a “humanitarian organization”. One can only wonder what Rep. Pelosi is smoking.
The PLO/Hamas/Palestinian Islamic Jihad shoots rockets into Israel discriminately acting as cat’s paws for others. That much is clear. Israel takes the only action possible when attacked. And they are undertaking to clear all of the structures adjacent to the Israel border – back about 3 kilometers, to deal with the tunnel situation.
Hamas has requested a cease fire to allow for rearmament so that they can shoot more missiles into Israel, but the talks are unlikely to go anywhere. No lasting ceasefire may be expected because the combatants do not yet appear ready to stop fighting.