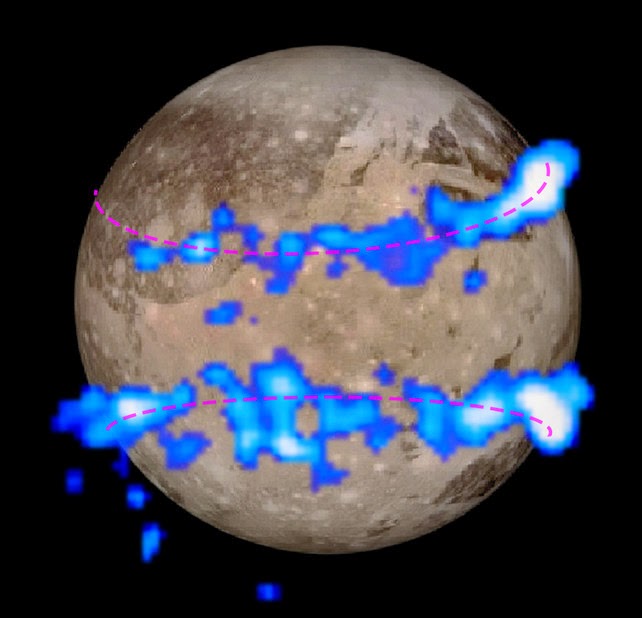 Almost every sci-fi movie that features alien invasions have them here to steal water from Earth in a classic (nuke their ass and steal their gas) scenario. Somebody needs to get the word to Hollywood that Earth isn’t the largest supply of liquid saline water in the Solar System.

And if Aliens started pumping water from Ganymede, would we care?

Observation of Aurorae on Ganymede. NASA’s Hubble Space Telescope observed a pair of auroral belts encircling the Jovian moon Ganymede. The belts were observed in ultraviolet light by the Space Telescope Imaging Spectrograph and are colored blue in this illustration. They are overlaid on a visible-light image of Ganymede taken by NASA’s Galileo orbiter. The locations of the glowing aurorae are determined by the moon’s magnetic field, and therefore provide a probe of the moon’s interior, where the magnetic field is generated. The amount of rocking of the magnetic field, caused by its interaction with Jupiter’s own immense magnetosphere, provides evidence that the moon has a subsurface ocean of saline water. Credit: NASA, ESA, and J. Saur (University of Cologne, Germany)