From Now to Then 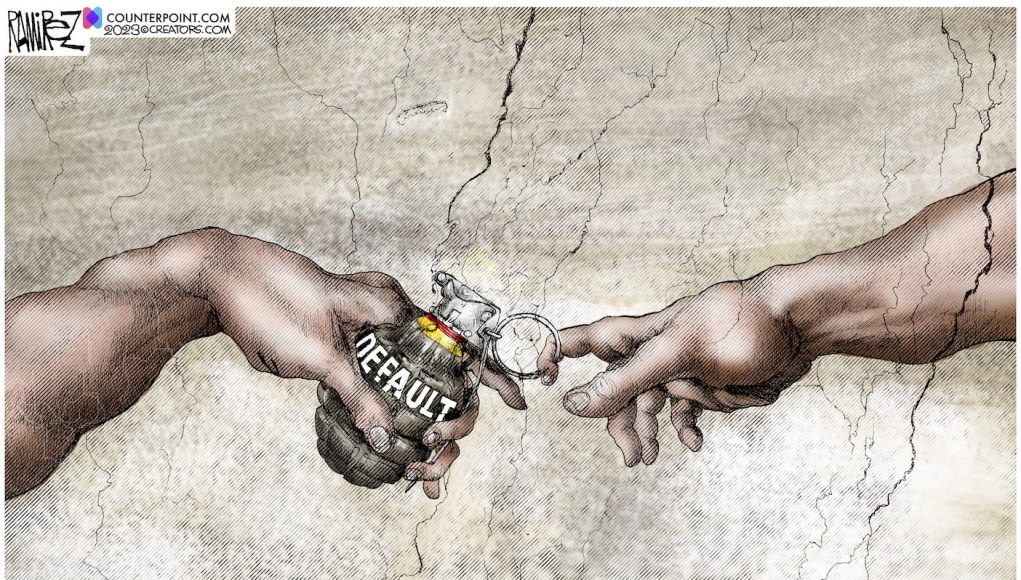 ** President Joe Biden in 2017 was named in a family business deal email to broker a $25 million Chinese investment into the American energy sector, the Daily Mail revealed Friday.

As Breitbart News reported in 2021, the Biden family was attempting to benefit from a deal that sold American natural gas assets to Chinese energy company CEFC, which was arranged by Hunter and James Biden. CEFC is the same Chinese energy company with which Joe Biden also stood to gain ten percent “held by H for the big guy.”

In an email dated October 27, 2017, Louisiana-based lawyer Robert Fenet emailed the Biden family to set up a meeting with Cherniere, a Texas energy company that had a prior relationship with Joe Biden.

“I have requested him to be available for a call from Joe Biden and Hunter Biden on Monday morning to discuss the purchase of the 5 million tons of gas,” Fenet emailed to James Biden, the president’s younger brother.

The Biden family’s energy deal with CEFC never was completed. The family’s business partner, CEFC chairman Ye Jianming, was arrested in China on bribery charges before the deal could be completed, cheating The Big Guy of his 10%.

** The Message to Rep Jordan:  You’re not cool enough. The permanent administrative state doesn’t care what Congress wants. “Consistent with longstanding policy and practice, any oversight requests must be weighed against the Department’s interests in protecting the integrity of its work,” wrote Assistant Attorney General for the Office of Legislative Affairs Carlos Felipe Uriarte in a letter to Jordan that Fox News obtained. “Longstanding Department policy prevents us from confirming or denying the existence of pending investigations in response to congressional requests or providing non-public information about our investigations.”

Jordan, whom Republicans have also tapped to lead the House’s new “weaponization” of the federal government panel, initially wrote to Attorney General Merrick Garland in his capacity as Judiciary Committee chairman on Jan. 13, seeking information related to the appointment of special counsel Robert Hur to handle the DOJ’s investigation in Biden’s storage of classified documents.

The House of Representatives needs to swear in some investigators with experience downrange to see to its interests in taking what it wants – forthwith.

**(WSJ) Now, with the economy expected to slip into recession, the coming regulatory tsunami far exceeds the excesses of the post-financial-crisis period. Nowhere are the current regulatory excesses more evident than at the Securities and Exchange Commission. 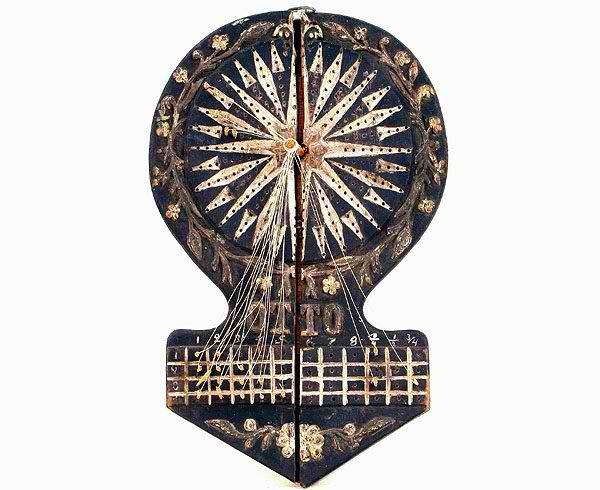 These boards were used in northern Europe by the 16th century to keep a record of a ship’s movements. They were circular and had a series of holes along lines marking the 32 points of the compass. Pegs were attached to the board by string and placed in the correct hole for the course being steered, normally one hole for each half hour of the watch, as measured by a sand-glass.

At the end of each watch the records were written down and later transmitted in the log book, usually by the ship’s master, and the pegs pulled out ready for the next watch.

The circular section of this traverse board has eight holes along each compass point. Later versions, also had a series of holes along the bottom to record the ship’s speed, which was measured with a log and line.

The Excelsior grenade launcher is somewhat of an oddity, even among other ad-hoc French WW1 artillery, in that it could almost be compared to the single-use recoilless AT weapons used by modern armies, in design if not in purpose. Thevenot’s Excelsior grenade was originally a percussive stick design, meaning the impact of its landing caused it to explode. Unlike other percussive grenades, it used an impeller to measure some time of flight before arming itself, which made it safer for its user but also more likely to be a dud due to possible malfunction of this mechanism.

The Excelsior was called the P2 in French service, for percussive, and also the “ballerina” for its fabric skirt. This was supposed to make sure the grenade would fly impeller first, so it would arm itself properly.

Because the French army is not known to let any stockpiled ordnance go to waste, the hand grenade was redesigned into a rifle grenade, and more interestingly into a light mortar. Both these designs increased the projectile’s range which in turn made sure its arming device based on air-time would work reliably. The lightweight launcher was built out of sheet steel, painted blue for explosive and red for incendiary ordnance. It carried a single Excelsior grenade, now with a rounded brass shell and a steel-finned body.

For firing, the soldier would kneel and set the bottom of the mortar firmly into the ground. The launcher’s cap would be removed as well as the firing system’s cover, exposing the hammer and propellant cartridges. Because of the layout of the weapon but mostly because this is a French weapon, the cartridges were Gevelot&Gaupillat 24mm pinfire brass-and-cardboard designs.

The hammer was cocked by being turned to either side to strike the chosen cartridge, with the left one ranged for 40m and the right for 100m at a 45° angle. The device was aimed at the correct angle using the simple alidade on its side. Before firing, the safety pin of the grenade was removed to unlock the impeller.

Although the Excelsior-Thevenot type AF launcher is recorded to have been used as a trench mortar, offering continuous light artillery support to infantry, the instruction label on it clearly states that spent launchers were to be brought back to an ordnance depot, indicating a single-use system. It is not clear why this discrepancy exists.

1941 was certainly a bad year for the Soviet Union. Within a matter of months after the start of Operation Barbarossa, German forces marched deep into Soviet territory, even advancing to the gates of Moscow itself. Loses were horrific as hundreds of thousands of soldiers were killed and hundreds of thousands more were captured. City after city fell to the invaders making it seem like nothing could stop the German blitz. Worse yet the German military burned, raped, and pillaged its way across Eastern Europe resulting in hundreds of thousands of civilian deaths and millions of refugees in the first year alone.

In the face of such wanton destruction economic and industrial damage might seem unimportant but regardless the loss of industrial infrastructure severely hindered the Soviet Union’s ability to wage war as factories that produced war materials and important resources were either destroyed or came under German control. The Soviet Union had a great advantage over Germany because of its massive industrial base and plentiful access to resources. If the Soviets wanted to maintain that advantage they needed to enact a monumental plan to ensure that said industries and resources remained far behind friendly lines and out of the reach of Germany.

The plan that was enacted was to dismantle and uproot Soviet factories in the west and move them east past the Ural mountains, thus recreating an industrial heartland out of the reach of German occupation and even long-range bombers. To say that such a movement of people and things was monumental would be an understatement.

In 1941 the Soviets evacuated and moved 2,593 industrial and agricultural enterprises, among them were over 1,500 large factories. Buildings were demolished and rebuilt, tools and machinery were packed up and moved, and almost everything that was not bolted to the ground was taken and redeployed or rebuilt in the east. This included the people who were needed to work in the factories, which amounted to 18 million people. This endeavor required the use of 30,000 trains hauling 1.5 million cars. In addition to the task of moving stuff, new infrastructure had to be built to service these factories. Infrastructures such as railroads, roads, canals, plumbing, electricity, food distribution, medical services, and worker housing. Basically, everything that. was needed to run a factory town. Most incredibly most of this was done in less than a year.

By 1942 most of the factories and enterprises that were evacuated from the west were up and running. The result of this endeavor meant that when the Germans advanced deeper within the Soviet Union, they failed to capture the resources needed to keep their own war machine functioning. By 1942 seemingly endless numbers of tanks, planes, and guns would flood out of factories east of the Urals, and there was not a damn thing the Germans could do about it. 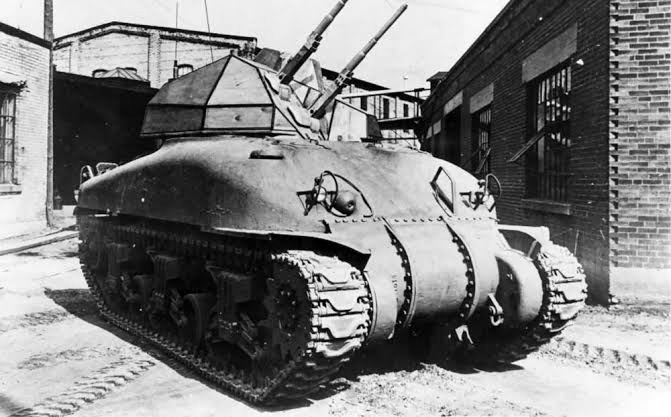