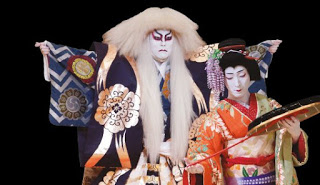 I was on the road and missed most of the Democrat debate. The big take aways would seem to be that Yang doesn’t like circumcised males, Bernie is still an angry old communist (he’s consistent), Warren is angry at the Butt Guy for hanging out with billionaires, and Biden’s doctor told him that he is every bit as healthy as some people. It’s no wonder that the donkeys voted to impeach President Trump for things that aren’t crimes even if their absurd accusations had merit.
Kabuki theater. 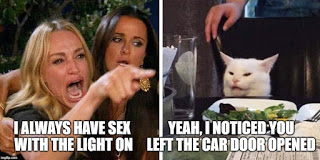 Unfortunately for the donkeys, theatrical moves such as, “we impeached the President but we’re not sending the articles to the Senate,” sound even more pathetic than Kabuki performances. You can’t make this sort of soap opera up. And how will history record this? It’s more like a Nostradamus rant than it is anything resembling normal human interactions (beyond the third grade).
The white cat memes make more sense than the donkeys in the House of Representatives.
The Meaning of Life 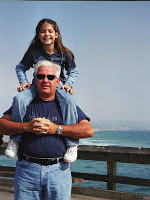 Our fellow blogger, Jules, has a book of the same title coming out soon. (shameless plug) If you were to ask me what was best about life, I might default to Hollywood writing and Conan the Barbarian: “Crush your enemies, see them driven before you, and hear the lamentation of the women!” Ok, maybe it’s not THE meaning, but… you might get my point if you were a barbarian.
I’m looking forward to the book coming out to hear other’s take on things. Clearly the best thing in life for me is grandchildren. Not quite the meaning, but maybe it is the meaning when you get down to the bottom line. (LL with youngest daughter – right – more than a few years ago) 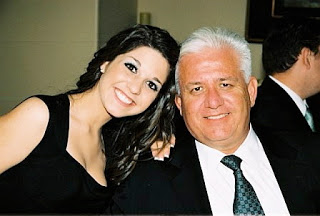 LL with youngest daughter, left, a couple years ago. No success in life can compensate for failure with your family. I think that learning to be kind, learning to be loving and learning to be a worthy parent may be the reason for living. The rest of it is the static background of making money, buying toys and the hash that people seem to pay an inordinate amount of attention to.
But I’ll have to wait until Jules’ book comes out to know if I’m the only one who feels that way.
Discovery, or Lack of?
To date, scientists have discovered 4,104 confirmed exoplanets. But for every confirmed planet that astronomers nail down, there are handfuls of maybe-planets in the data, whispers in the data that might come from stars hiccuping or pairs of stars dancing or would-be stars that didn’t quite make the cut. And scientists no longer have the resources to analyze every potential planet’s identity crisis. And for all that, no other “intelligent” life, broadcasting from the void.
Then again, why would space aliens want to make contact if they’re watching CNN?