Home Blog Post Food Stamps a...
Facebook
Twitter
Pinterest
WhatsApp
Should we spend $760 billion on food stamps?
As of this morning, there are 23,116,441 American households that receive food stamps (average monthly benefit $275.00). I have strong feelings that nobody in America need go hungry. We live in a land of plenty.

(Fox News) The Senate is expected to vote on a massive farm bill this afternoon that could set the course for the country’s food policy for the next decade. If passed, the wide-ranging, five-year agriculture measure will cost taxpayers $955 billion. The bulk of  that  money — $760.2 billion — would go toward the Supplemental Nutrition Assistance Program – or commonly known as the food stamp program. 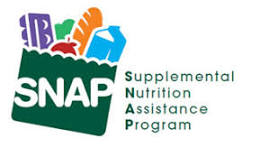 ObamaCare is changing the way businesses hire. One major US corporation that I have ready access to information about is poised to change the way the bulk of their work force is structured. With the exception of management, all workers will be reduced to no more than 24 hours per week. Today they pay well with the average worker making $18.00 per hour, and they don’t plan to change the hourly rate. But everyone will be part-time as of January 1, 2014. They used to receive benefits, but they won’t anymore. They can scrabble with the masses for expensive government healthcare.
I don’t think that $760 billion for food stamps will be enough when you factor in the impact of ObamaCare.
This corporation (cited above) understands as I do that the insurance figures being tossed out by the Obama Administration are a ‘loss leader’ and that by 2015, the cost of government healthcare will be double the 2014 introductory numbers. There will be blame thrown at Republicans and greedy insurance companies — but corporate America needs to grapple with the reality of the situation, not with political posturing. $720.00 per week (40 hours @ $18.00 per hour + benefits) will become $432.00 per week (with no benefits). You can thank Barack Hussein Obama for this emerging trend. The jobs numbers that the administration touts includes part-time work so the numbers don’t reflect this trend.

The corporation (above) knows that their workforce will change because of the reduced hours. People will need a second job to survive, or they’ll need government aid, like food stamps. And they’ll need to BUY ObamaCare because it’s mandatory. It’s a tax, administered by the trustworthy Internal Revenue Service.

Destroying the middle class has long been the primary aim of socialism. And it would seem to be working as Obama pushes to radically transform America.